By Roy Mathur, on 2012-02-13, for The Independent Daily, Mauritius (in which an edited version appeared)

Design leaders for Windows based machines are sadly lacking, but one company taking up the gauntlet, is Razer and Alienware who have been busy making hardware that will run the latest Windows games. These machines are a very different breed from the devices that run Google's popular Android operating system or Apple's IOS because they are designed to run full, power-hungry PC games like Skyrim or Modern Warfare, rather than simply mini-game apps. Razer has been working on the Switchblade gaming palmtop concept for about two-years now, but still do not have a product ready for the market. This amazingly slick product seems firmly destined for some dusty display case in the great Museum of Vapourware. This is unfortunate because since its initial unveiling at CES 2011 it has generated an immense amount of interest in the gaming community. But, the show's not completely over for the innovative company Razer. A few weeks ago at CES 2012, they revealed to us the Razer Blade laptop. A much larger and very expensive machine that uses many concepts borrowed from its smaller predecessor. It is a large notebook computer with a 17 inch screen optimised for gaming. The most interesting thing though is the non-standard numeric keypad to the right of the keyboard. Each of the ten keys is a tiny LCD screen that can display different controls depending on the game you are playing. Below this there is also a large LCD touch pad that can double as a small auxiliary screen. Apparently the laptop generates a lot of heat in use, so perhaps this larger format device gives us a clue as to why the smaller Switchblade never left the design studio. However, this machine is definitely not a concept-only product and it will be available in the USA for a frightening price of about R80,000 by the time you read this. No news yet of its availability here. Finally, another concept only machine from Razer was also show-cased at CES 2012. This was the very interesting looking Razer Fiona- a tablet aimed squarely at gamers. This is a PC based tablet with the typical specs one would expect for a tablet, i.e., 10.1 inch screen, internal gyroscope, WiFi and Bluetooth. Similar to the specs of an iPad then, except for the ridiculously powerful Intel Core i7 CPU, Dolby 7.1 surround sound and force-feedback control paddles on each side. There is not much other information than that and my personal feeling is that this gorgeous looking device might be a little too ambitious and, if something similar ever does hit the shelves, it will be ferociously expensive. 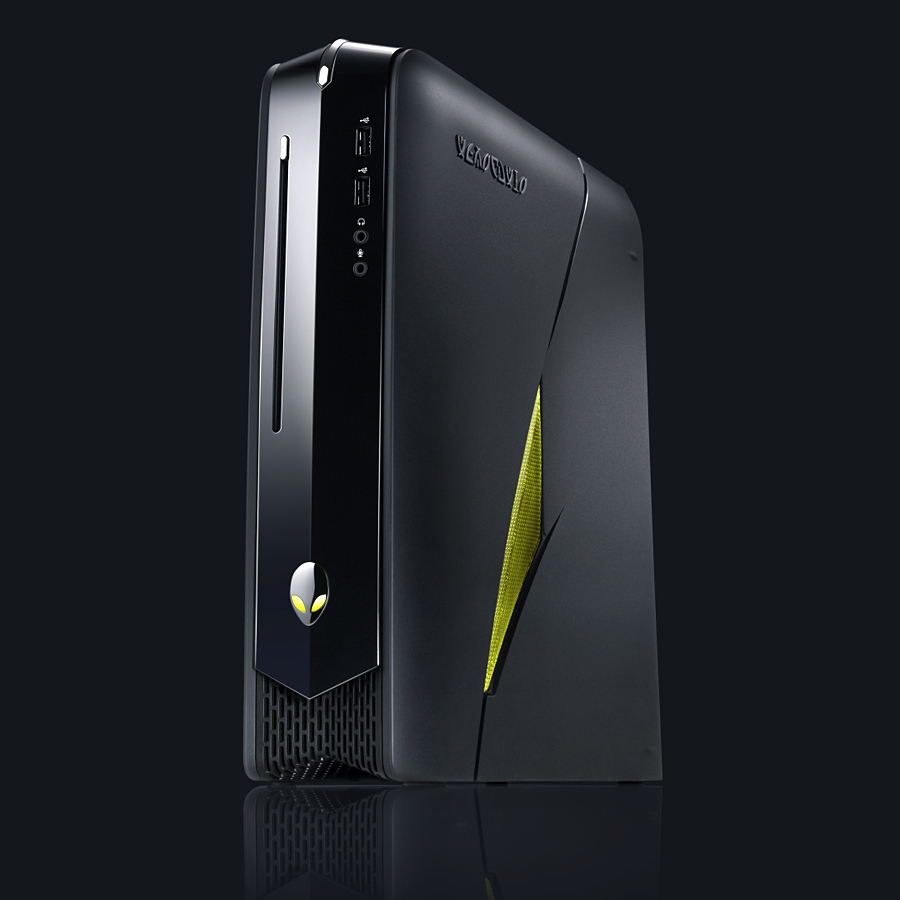 New from Alienware this year is the X51 PC- a gaming optimised PC in a console form-factor. It's a puzzle as to why more manufacturers are not making PCs like this, considering the much greater versatility of having a device for both work and play. This new PC from Dell is about the same size as an Xbox,but more expensive, retailing from about R32,000 to R43,000 depending on the specs. Most importantly for gamers, as well as generic though fairly high performance PC hardware, the svelte black box has a 1GB Nvidia GeForce GT 545-555 to accelerate the performance of most modern graphics demanding games. We also have the M11X r3. This is the third and latest revision of Alienware's tiny netbook sized machine powerful enough to play most of the latest PC games. This almost brutal looking, matt-black monster has, never-the-less a few touches of refinement, like a useful back-lit keyboard and the customisable interface and lighting scheme typical of all Alienware hardware. In the UK, it costs between R30,000 and R64,000.

Again no news yet of the availability of either of these Alienware computers in Mauritius. A final note to fellow Mauritians thinking about buying any of the above machines for use in our rather warm climate It is my experience that our weather is very good at killing hardware. The Alienware X51 console PC with the cheapest base spec and using the i3 CPU is probably the most suited to hot environments. If you are considering buying ANY of the other hardware mentioned here, for use in our sunny climes, please invest in good air-conditioning first!