TechieTalk: Extra! The New iPad (Yes, that's What They Are Calling It)

By Roy Mathur, on 2012-03-07, for The Independent Daily, Mauritius (in which an edited version appeared) 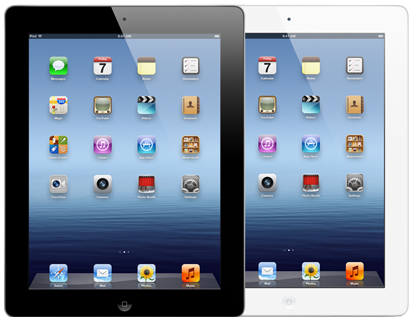 Just a few hours ago Apple released their latest and greatest tablet, they're simply calling it "the new iPad". As usual the news will be greeted with the usual rabid fanaticism by Apple fans, but is it actually any good?

Here are the specs:
-A better Retina screen with 44% greater colour saturation and an eyeball blasting screen resolution of 2048 x 1536.
-A faster A5X quad core CPU.
-A new 5 mega pixel camera similar to that found in the iPhone 4S.
-HD video recording at 1080p; that's up from 720p, also like the iPhone 4S.
-A faster 4G LTE data connection through the carrier as well as 3G.

It still has the same battery life and only a very slight, almost undetectable, change in dimensions.

Apple also announced a new version of IOS (5.1), now with Japanese Siri support and a slew of app updates:
-iWork
-Garageband: now has a cooperative mode, called Jam Session where you can play music with your friends.
-iMovie: Can now edit 1080p HD video.
-iPhoto: Can edit up to 19 mega pixel images and organise your photos into a shareable journal on iCloud.

If you already have already purchased the above apps, then you get a free update. Otherwise the price remains unchanged at USD 9.99. The new iPhoto app costs USD 4.99.

Other third party apps were demo'd to show off the new graphics capability of the tablet. These included AutoDesk's SketchBook Ink for line drawing and the Infinity Blade: Dungeons game.

Apple also announced a new Apple TV set top box with a better interface, able to output video at 1080p and connect to PhotoStream. Again, its outward appearance is unchanged from the old model.

Apple's top marketing man Philip Schiller boasted- "Don't let anyone tell you that you can't create on an iPad" and Apple CEO Tim Cook added that "it's the ultimate poster-child of the post-PC world."

What else would I have liked to see? A smaller form-factor with less of that huge surrounding bezel, better battery life, a micro-SD slot, HDMI-out and USB. The new iPad still has no flash or video lighting- the bane of any photographer or budding Spielberg. Also; still no Siri for the iPad.

Should you buy it? If you already have an iPad 2, then no. If you are a new user or an owner of the first generation iPad, then maybe, if you can afford the price.

No pricing information for Mauritius yet, but the iShop at Les Halles reports that the new line will be available in approximately one month's time.