By Roy Mathur, on 2012-04-30, for The Independent Daily, Mauritius (in which an edited version appeared) 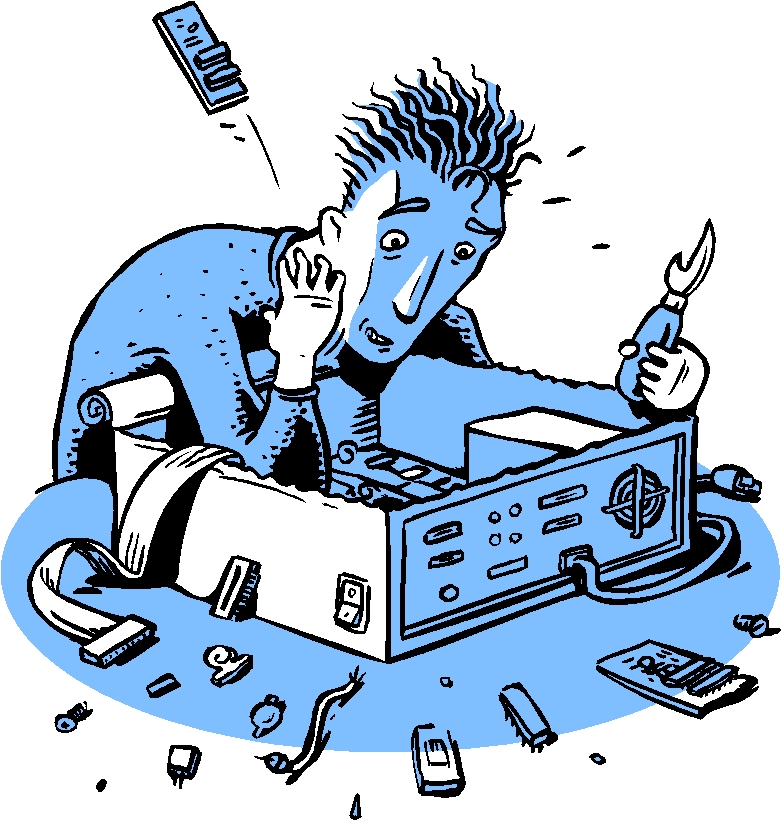 As you may know if you read this column, I am currently in the UK and---as a frequent traveller, new columnist, and a general nerd-about-town---I have a lot of gadgetry to carry around with me. As well as weighing down my pockets and often attracting the unwelcome, vulture-like glare of customs officers everywhere, this wonderful tech is frequently unreliable and failure-prone.

For example, over the last year, I have destroyed two mobile phones, two laptops, and a wireless keyboard. The second laptop (a little Samsung N145 netbook) died last night after a minuscule amount of apple juice found its way inside the pathetically fragile internal circuitry. Tech-wise, I'm now down to a single, hideously plasticky budget mobile phone and my Apple iPad 2; on which I'm attempting to type this article.

The point I'm trying to make is that as gadgets and tech become cleverer, they also seem to be getting more and more unreliable and delicate. I think this situation is not only intolerable, but potentially terrifying.

Consider Ray Kurzweil, the American boffin and futurist. He predicted years ago that in the future humankind will merge with machines. According to him, we will one day be able to achieve immortality by transferring our minds (or souls, if you are of a religious persuasion) into some type of android or artificial intelligence.

However, I think this will have unforeseen and unfortunate consequences. I mean can you just imagine a Sunday visit to grandad in the near future? Now remember, grandad retired from his physical body many years ago and will probably reside in a gleaming, silver high-tech mechanical body. Unfortunately when you arrive at the home/servicing centre for seniors, the the robot concierge may tell you that grandad will be unavailable for the foreseeable future. He will go on to explain that while the old codger was having a front-end realignment after his knee-sprocket-thingy blew a gasket during a particularly vigorous session of dominoes, his firmware crashed and he couldn't be rebooted.

Anyway, leaving aside my ponderings for a moment, there is actually a point I'm trying to make this week. When you travel, you should always make sure that you have a back-up plan for disasters. Not only should you have a copy of all your digital life, either on a external hard drive, or a flash drive if your data needs are more modest, but you should also make sure you have access to some kind of secondary connected computing device for the inevitable failure of your primary computer. Perhaps this back-up device is a small, cheap laptop, a smartphone, a tablet, or merely a list of the nearest internet cafes. Always be prepared for your own personal technological doomsday. Especially if you are a both a total butter-fingers and cursed by the fickle gods of tech like I am.

But perhaps I'm taking all this too personally. After-all, everything breaks down eventually- you, me, the stars, the universe. Physicists call this process "entropy", but l think we should coin a special new term for the seemingly vastly accelerated process of technological breakdown. I modestly propose that the word "techropy" be added to the English dictionary.

Next week I'll be reporting on the comic book scene here in London.