By Roy Mathur, on 2012-06-25, for The Independent Daily, Mauritius (in which an edited version appeared) 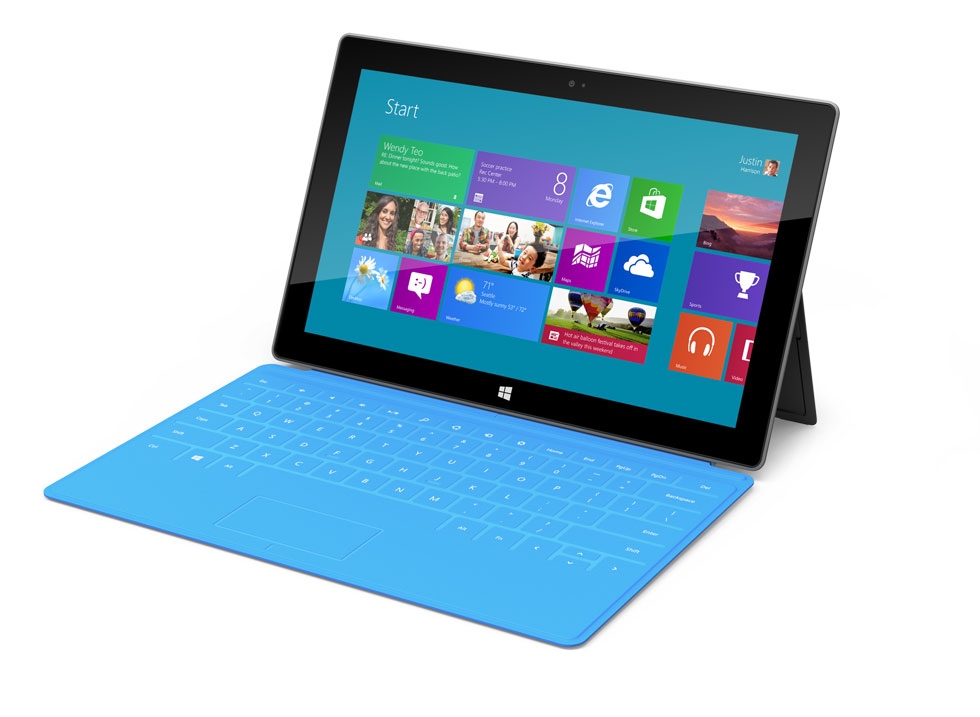 About a week ago, Microsoft unveiled a new tablet computer aimed very squarely at, not only competing with, but actually beating the iPad's near monopoly of the tablet market. The announcement was made by Microsoft SEO Steve Ballmer and while the media event didn't have the PR slickness of Apple's marketing machine, it does seem that Apple may have cause to worry.

There will be two versions of the tablet.

The basic and cheaper model, simply called the Surface, will have an ARM processor, a 10.6 inch 1366*768 resolution display and Windows RT; a version of Windows 8 for ARM CPUs. The tablet will come with MS Office and other applications available only from the Windows Store.

The second, and more expensive model, will be called the Surface Pro and come with an Intel "Ivy Bridge" quad-core processor, a 10.6 inch 1920*1080 screen and a full version of the forthcoming Windows 8 operating system.

Both tablets will have a special molded magnesium metal casing, front and rear cameras, a magnetic strip for accessories and a magnetic charging connector. Accessories will include special, dual-purpose covers like the self-described 'Touch Cover' and 'Type Cover'. Other useful features will include a USB 2.0 socket and a microSD card slot.

There is no firm release date for either of the tablets or pricing yet, though Ballmer mentioned that the Pro model will be priced similarly to ARM tablets and Ultrabook PCs. So we can estimate around thousand US dollars from the Pro and, extrapolating backwards, this would indicate about five hundred for the basic version. The Surface should be available at around the same time as Windows 8 and the Surface Pro a few months later.

The lower spec Surface got me scratching my head. I'm not sure why Microsoft bothered building this. It will be competing directly with the iPad, but has a much lower resolution screen and will probably cost around the same price. I'm assuming that Microsoft believe that there are some users out there who can't live with Microsoft Office. Don't get me wrong, I think that competition with Apple is great, but the Pro version is the only version most of us are interested in because it should run most of the applications we already use.

I applaud the ease of connectivity with the USB port and MicroSD, but let's remember that both models also have lower resolution displays than the iPad's eye-ball busting 2048 by 1536 retina display. Also the price- Microsoft should have tried to price the tablet lower. I'm guessing that if the Surface Pro will cost around seven hundred dollars US, they will sell like gateaux piments. At around a thousand dollars though, they'll go to mostly niche business users only. I'm also pretty sure that the basic Surface will not sell well at all, because it's just better value to buy an iPad. Nice try other-Steve, but too little and too late.