By Roy Mathur, on 2012-07-23, for The Independent Daily, Mauritius (in which an edited version appeared) 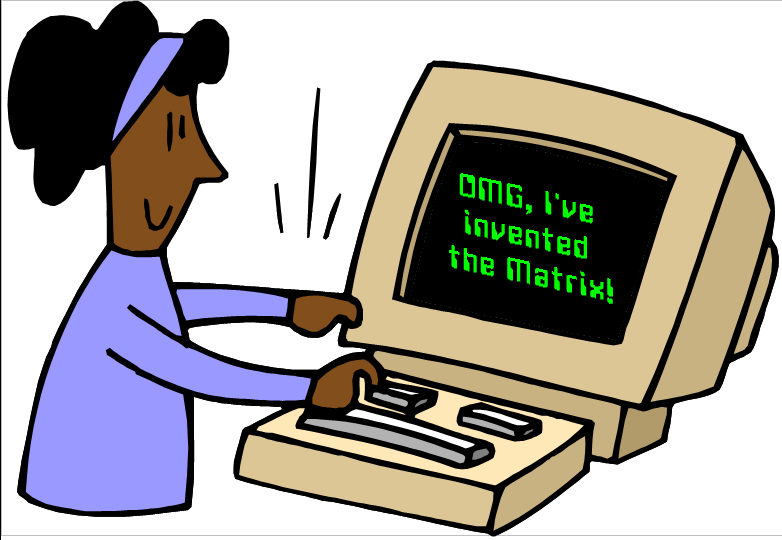 Last week I was sick of smartphones. This week I'm sick of tablets. As fast as I write this column something new comes out. Recently the Nexus 7; a 7 inch sub-200 dollar tablet was the big news. Being a tech columnist suffering from tech-burnout does not bode well. So this week instead of blathering on as I usually do about some new geegaw or thingumbyjig (you know- ENCORE en lot zafaire), I'm going to give us all a break from the hardware and talk about the software. To be specific, I'm going to talk about how to start writing software AKA programming. After-all without code there would be no reason for computing devices to exist.

Get a Real Computer: Content Consumption Devices vs. Personal Computers

One of the problems with todays content oriented computing, e.g. tablets and smartphones is that these devices, wonderful as they are, have such restricted access to the underlying operating system that we can't use them learn programming. This becomes a problem if you need a population of programmers to keep churning out software in the form of games and business applications that we; the users, all crave. So if you have a desire to write software and become a programmer either for fun or profit you will need a proper PC; either a laptop or a desktop running a full-blown OS like Windows, Linux, or Mac OS X. NOT a tablet. NOT a smartphone.

From what I remember of university, my programming education was almost completely useless. The same can be said for most of the on-the-job training I received while working in ICT. Most of my programming skills have been self-taught on projects taken on for no other reason than a sense of fun. What I'm trying to say is that programming isn't something you can learn at school. You just have to go for it!

So let's start with a few suggestions about how you should kick-start this programming career. All you need is a fairly up-to-date computer and an internet connection. Admittedly, even this may be a challenge for many Mauritians, but for those lucky enough to have access to a connected PC, at home, at work or at school, here's what you can do:

Note, you don't have to use the above tools because there are a million different tools out there. But if you are just starting, you might as well dive straight into the mainstream.

Good luck and invite me to your swimming pool in Silicon Valley when you make a zillion rupees. If you disappear into the Matrix, you're on your own!