By Roy Mathur, on 2012-12-31, for the Independent Daily, Mauritius (in which an edited version appeared) 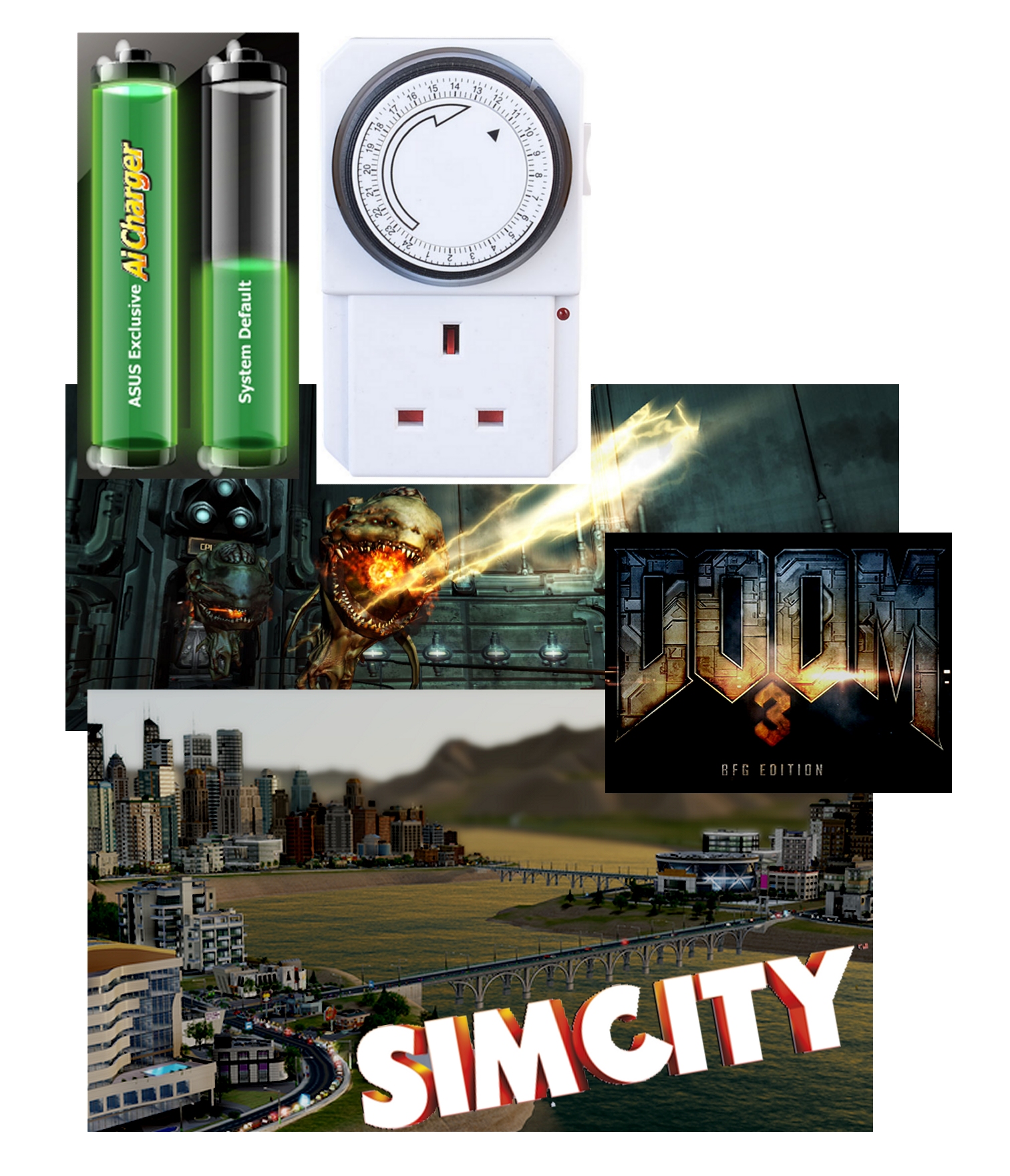 This week: a few solutions to post-holiday tech troubles and some games to spend what little money you have left after the big Christmas financial blow-out.

So you got that new iPod, iPhone or iPad for Christmas and have just realised what a pain it is waiting for it to charge under the best of circumstances, but when you have left the wall charger at home and are relying on only your PC's USB port, it is agonizingly slow. That is because USB sockets will charge your device using a much lower current that what is available through the wall outlet charger. Luckily, for some time, ASUS, has made available a piece of software that it calls AI Charger that will feed more current to your iDevice when it is plugged into a PC's USB port and enable it to achieve full charge more quickly. I tested it last week with my iPhone 4S and found that it did indeed reach full charge far more rapidly than without the software. This software should work on any PC, for example, I am using it with a lowly HP Netbook. You will, however, need to reboot after installation. This solution is for Windows 7 only as compatibility problems have been reported with Windows 8.

The consistently annoying problem of routers that just seem to stop working for no apparent reason is possibly one of the most annoying problems for home computer users. Various explanations as to why this happens have been put forward: everything for overheated circuitry, to inferior firmware, however, we all know it happens and there seems to be only one sure-fire way to fix this problem and that involves physically walking over to the router and unplugging it. How primitive! The most straight-forward fix, and this is not my idea, but one I read of from a clever forum member, somewhere out there in cyberspace, is to buy a cheap timer switch and plug your router into that. Now program a convenient time into the switch for both powering off and then powering on your router. The cheaper timer switches are usually programmed by a set of pins that even the least technically-inclined of us can understand and are available from most hardware shops.

A couple of months ago Doom's latest and greatest incarnation was released on most major platforms. This is one title well worth trying out if you got a console or decent PC for Christmas. The Doom series from id Software needs no introduction, but in brief, it is a very cool first-person-shooter where you stalk and kill nasty opponents before they kill you first with a veritable smorgasbord of weaponry. It can be played in multi-player or single-player mode and is immense fun. You will need a fairly decent computer to run this game with a good 3D graphics card. Source code has been made available by id Software, so a Linux and Mac OS X version should follow in the not-so-distant future.

Around Spring, Maxis will finally release its gorgeous looking Sim City 2013. The screenshots of beautiful cityscape vistas seem strongly reminiscent of the toy-town pictures created with the latest craze for tilt-shift photography techniques (something we will look at next week). The game, like all its predecessors, involves the player building, growing and maintaining a vast metropolis.

Enjoy the New Year festivities and see you next week.

For more nerdy fun and to contact me, please visit RoyMathur.com