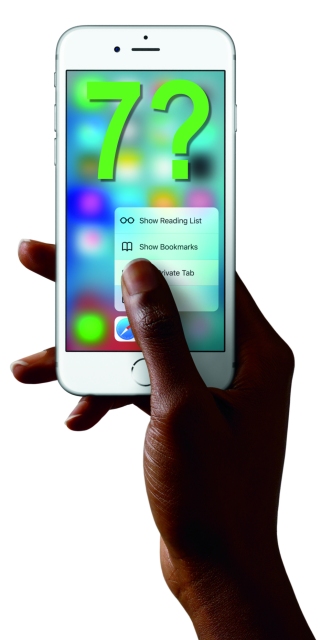 The strange design decisions at Apple, post-Jobs, have continued to confound even the most loyal of Apple's customer base. Nowhere is this reflected more than in their flagship product---the iPhones.

Hopefully however, after lens-gate, bend-gate, the truly hideousness of battery-gate and, for me at least, the perennial ear-gate, whereby no Apple earphones have ever fitted my peculiar lugholes, we may finally see some real improvements with the release of the iPhone 7 in autumn this year.

The new iPhone 7 range specifications include new features such as a composite "liquid metal" casing, which is a clever, but not particularly new alloy originating in the California Institute of Technology, which will allow complicated casting in a single process. The new casing is also predicted to be waterproof. The horrible, and thoroughly un-Jobsian, design compromise of a protruding lens will finally be addressed with a new flush-fitted lens. Some, but unfortunately not all, of the ugly antenna lines will be removed. We should also see wireless charging and the departure of the legacy headphone jack.

The most interesting of new features, at least for the more serious photographers out there, is an ingenious twelve megapixel dual lens camera system in the iPhone 7 Plus. This technology has been sourced from the recent acquisition of LinX Imaging, an Israeli firm, last April for 20 million dollars. This is significant as LinX had developed multi-lens systems for smartphones and tablets as far back as 2014. According to LinX, these cameras will enable mobile devices to compete on an almost equitable basis with the quality of images taken with DSLR cameras.

On the other hand, even at this late stage of the game, Apple will be playing catch-up, with still no sign of the most telling premium feature of many other flagship smartphones---an AMOLED display. Though this is a puzzling omission, more perplexing is Apple's continuing quest for thinness at the expense of battery life.

With people hanging on to their increasingly reliable smartphones, more than credible competition from both old rivals like Samsung and other newer upstarts, the volume of iPhone sales is clearly under threat, as was indicated by the recent slump in iPhone demand, and that was even with new markets opening up in India and China.

If the iPhone 7 fails to impress, then Apple will have a real problem tackling flat sales in their most sought after, desirable and aspirational of devices.