CRRRaSh! 424 I Wrote a Script for the BBC 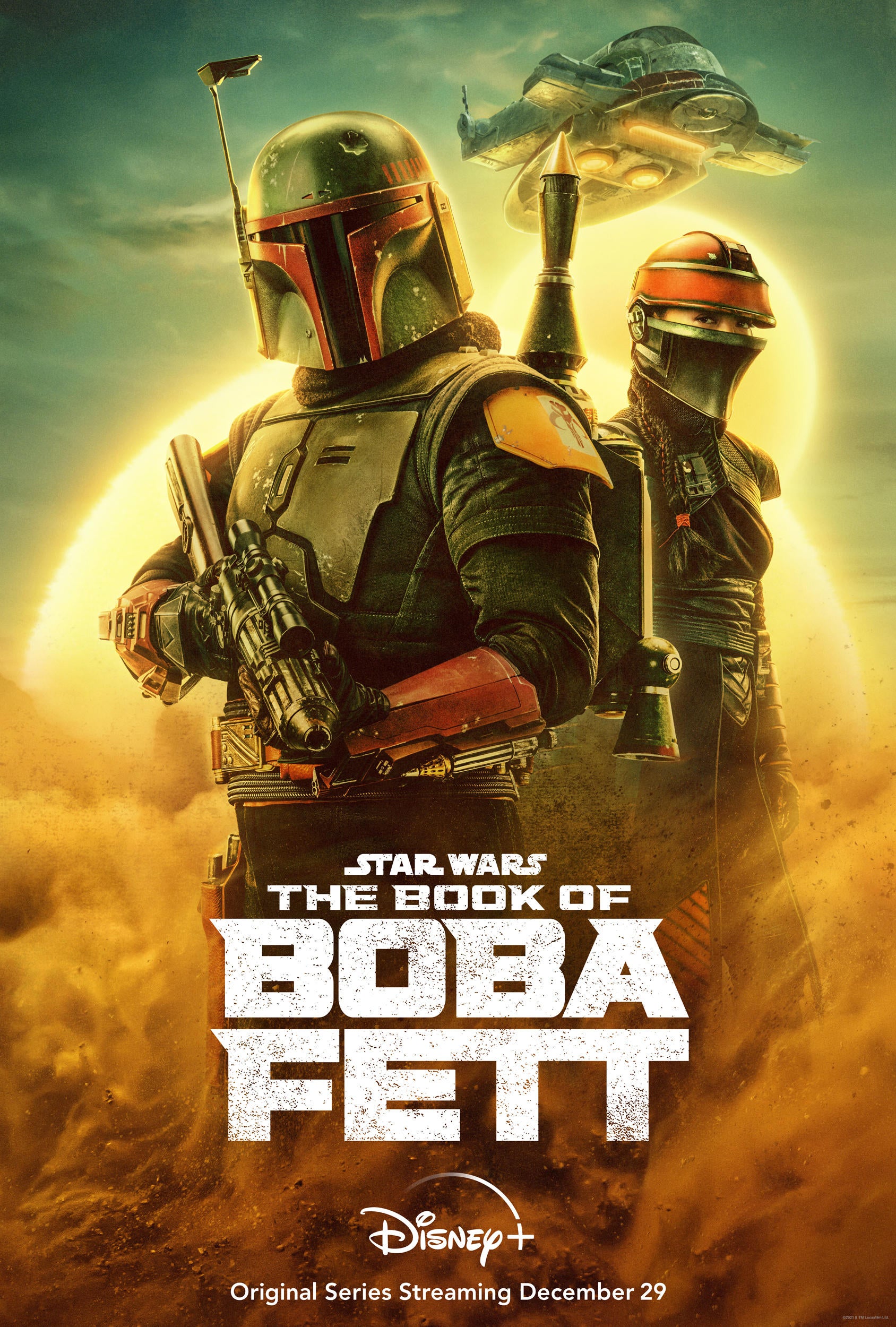 My eye's crusty again. There are, as usual, differing opinions, but I have an ointment.

I went for a walk today and couldn't get my feet into my trainers. Shoes shrunk?! No, feet swollen from lack of activity and salty diet.

I've nothing against Temuera Morrison, he's a great Fett, but the series hardly has me rushing to see each new instalment, especially after the mods in spaaace episode. Frankly, I'm not sure what is wrong with it. It even introduced the brilliant Danny Trejo, but still fell rather flat. Perhaps it's the pace, perhaps the story is just too low stakes, perhaps this Boba's just a little too nice, but something is off about the show. It's high quality, but low engagement.

At least we finally got to see how Boba Fett escaped his misfortune in Return of the Jedi. Who among us cannot remember that feeling of extreme hilarity tinged with sadness when the mighty bounty hunter slammed face-first into the side of that sand yacht and accidentally borked himself right into "...the pit of Carkoon, the nesting place of the all-powerful Sarlaac"? What a cack-handed oaf. A variation of his escape I already knew from the extended universe books, but it was nice to see it on the screen.

By the way, that was not a Pedro Pascal cameo playing one of the mayor's flunkies. Apparently, that was an actor called Galen Howard.

This is a Netflix adaptation of prolific author (who I'd never heard of before) John Marrs's techno thriller about a dating app that matches you with your perfect genetic mate. This is a concept that immediately reminded me of Samuel R. Delany's Stars in My Pocket like Grains of Sand.

But The One is also timely and topical as it get's into the morality of surveillance capitalism, abuse of collected data, corporate psychopathy, and not least my amazing total lack of success with any of the, at least last ten, dating apps I have tried. See previous pods---many pods---for details.

The series is probably finished forever, after the season 6, episode 6 finale, MMC commandos storm the railgun emplacement, Marco is destroyed by the gods, and a peace is forged in the Solar System.

What have I learned from the series? I really, really hate sound in space and pointless gravity on spaceships. Avasarala is Blake's 7's Servalan, if Servalan was only ruthless, not ruthless and evil. (Oh, Servalan; be still, my beating heart). Holden briefly becomes president of the galaxy, Babylon 5-style. The series is left hanging with an alien/human hybrid/god when a boy beyond the ring gets David Bowman'd.

Vanilla alert, I watched the first episode of a new BBC thriller, set in the Australian Outback, about a man with amnesia.

I hated the sarky, annoying protagonist so much that I didn't care to wait and solve the mystery of what happened to him and so didn't continue.

Another vanilla alert! I also watched the BBC Irish/Belgian thriller, Hidden Assets, about terrorism and diamonds and conspiracies and follow the money, etc.

There's a lot of stuff going on, perhaps too much stuff, but it was fine, and I shouldn't have box set'd it, but I did.

I recommended the DBX286s in pod 423, but only had the device for one day. At the time I mentioned reliability problems some users had experienced.

Since then, I found a YouTuber who experienced weird popping sounds with it. You might want to watch the video before buying.

I'm on a Shure SM58 this time because the AT875R, clear as it is, is an absolute beast to edit.

I Wrote a Script for the BBC

I didn't talk about this item (with a deliberately click bait title) before because I forgot to add the subject to the show notes of pod 423. It's click bait because it's a script I wrote for the BBC Writer's Room annual open call, not something that would ordinarily get made; rather something to show that you can write.

It's a 30 page, 3 act, drama comedy (all within their guidelines), but I'm up against young people with long backgrounds in writing, directing, and acting, and they probably have agents too. I, on the other hand, wrote the whole thing right in the middle of a nasty migraine postdrome. It's slightly rough around the edges because I only learned about the opportunity a few days before the submission deadline.

If you want to do this next year, Google BBC Writer's Room, but bear in mind it's an absurdly long-winded job application that also requires you to write an on spec script. Think about it, when was the last time a job asked you to submit a substantial chunk of free work? No one likes doing work for nothing, especially creatives. On the other hand, if you have a rough draft hiding in a dusty drawer, maybe it's time to spruce it up.

It's also bloody typical that I can already think of improvements I would make to the script, but it's gone up to the gatekeeper gods of taste, so that is it for the next 6 months. Who knows if I'll ever even get a call back? If the readers don't like the first 10 pages, it's ditched.

The process left me utterly drained---I was up for two days---though I think it's a good script, otherwise I wouldn't have submitted it. It's twisty, it's got a sting in the tail, and it has heart.

I had a haircut, though at my age a haircut neither improves nor worsens my look. (Alcohol is a depressive).