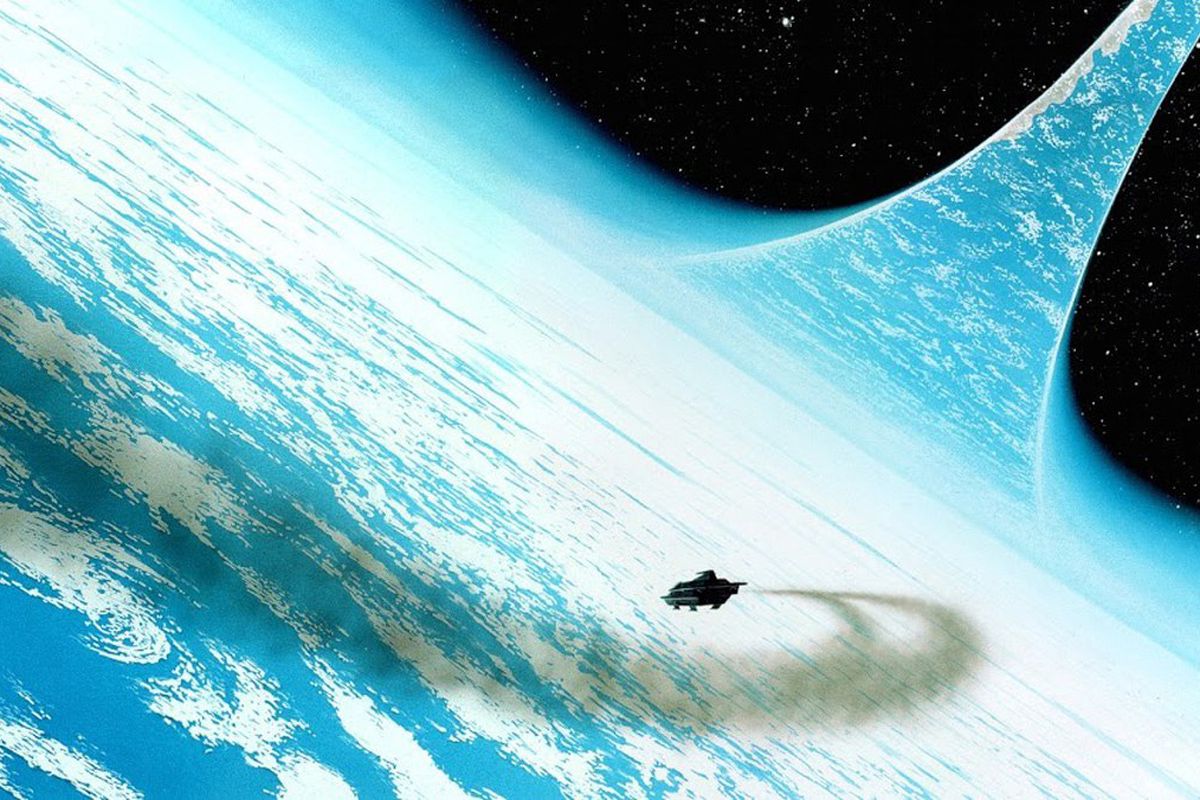 ...That I'd be taping another show on Monday. That didn't happen because the last pod took all Monday to edit and Tuesday was too exhausting for podding. What can I say? I have family obligations.

Cutting to the chase, its Wednesday and I'm utterly spent, but I'm here recording again. I'm making the effort!

Back in pod 13 from 2013, I did a huge, rambling retrospective in honour of the work of recently the, then recently deceased, author Iain Banks/Iain M. Banks, of whom I am a huge fan. It's time for an update.

In 2014, The Herald, Scotland, reported on Iain Banks' will and legacy. The paper said that the estate largely went to his partner and organiser of Scotland's Dead by Dawn horror film festival, Adele Hartley. The artcle also stated he his last novel, The Quarry, was about "a man in his late 40s having terminal cancer." David Bowie Blackstar vibes?

In 2018, I was very happy to find out that Amazon were adapting Consider Phlebas, and was hopeful for a similar for his other works, particularly, "the mind-blowing, heart-wrenching, action-packed, Use of Weapons." Consider Phlebas featured Horza, a shape changing, idealistic, and depressed assassin, set in the backdrop of a insanely powerful and galaxy-spanning civilisation called the Culture (my favourite utopia). I said at the time that this was ambitious, but I was hopeful.

Then in August 2020, Consider Phlebas was cancelled by Iain M. Banks' estate, who said something about timing.

In June 2021, Little Brown, who were handling The Culture: Notes and Drawings by Iain M. Banks and Ken MacLeod, said that the book was the book was delayed. They went on to say, that to do it justice, these would be split into a two volume set. Hmmm...

And finally, in October 2021, Variety reported that Curtis Brown Group has taken over representation for Iain Banks' literary estate, including book to film rights." Hmmm... again.

First, I realise that the estate has a right to make some money in exchange for disseminating the excellent canon of Banks far and wide, but it also feel like they just see us aficionados as a big bag of money. Oh wait, they are right.

Second, there have been three adaptations of Iain Banks' non-science fiction work: The Crow Road, Complicity, and Stonemouth. All have been middling in quality. Surely this is the time to use Bezos' bottomless pit of cash to produce a sci-fi spectacular? Amazon saved The Expanse (originating on SyFy) in seasons 4--6, and are partly producing Ringworld.

Do you need big budgets to make sci-fi? No (vintage Doctor Who or Blake Seven). But some sci-fi, like grand space opera, demands to be painted on a vast canvas. While that may not guarantee quality, the ability to recreate drama on the vast scale of spacetime will at least do the source material justice. Say what you will about Apple TV+'s big budget Foundation, it looked incredible.

See what I mean about updates having a sting in the tale? Remember those updates I mentioned in the last pod? Well, guess what? FileZilla now does an SSL certificate confirmation every time I FTP into my website. Is that a good thing? I'm no security expert, so you tell me, but it is a bloody inconvenient thing. Also, confirmation of file changes is glacially slow, making editing files painful.

What the hell did the developers break this time? I'm sick of this. Just because something is free, doesn't mean I have to accept shoddy crap. I make an effort with my podcasts and those are free too, so come on FileZilla team, come on!

I Applied for Another Bloody Job

Yes, it's a creative job, and yes, I'm aware of my chances.

All of Banks's work, genre or not, has strong elements of the fantastical, deviant, and horrific, and often feature geeky protagonists.