CRRRRS 437 Doctor Who: Nightmare of Eden 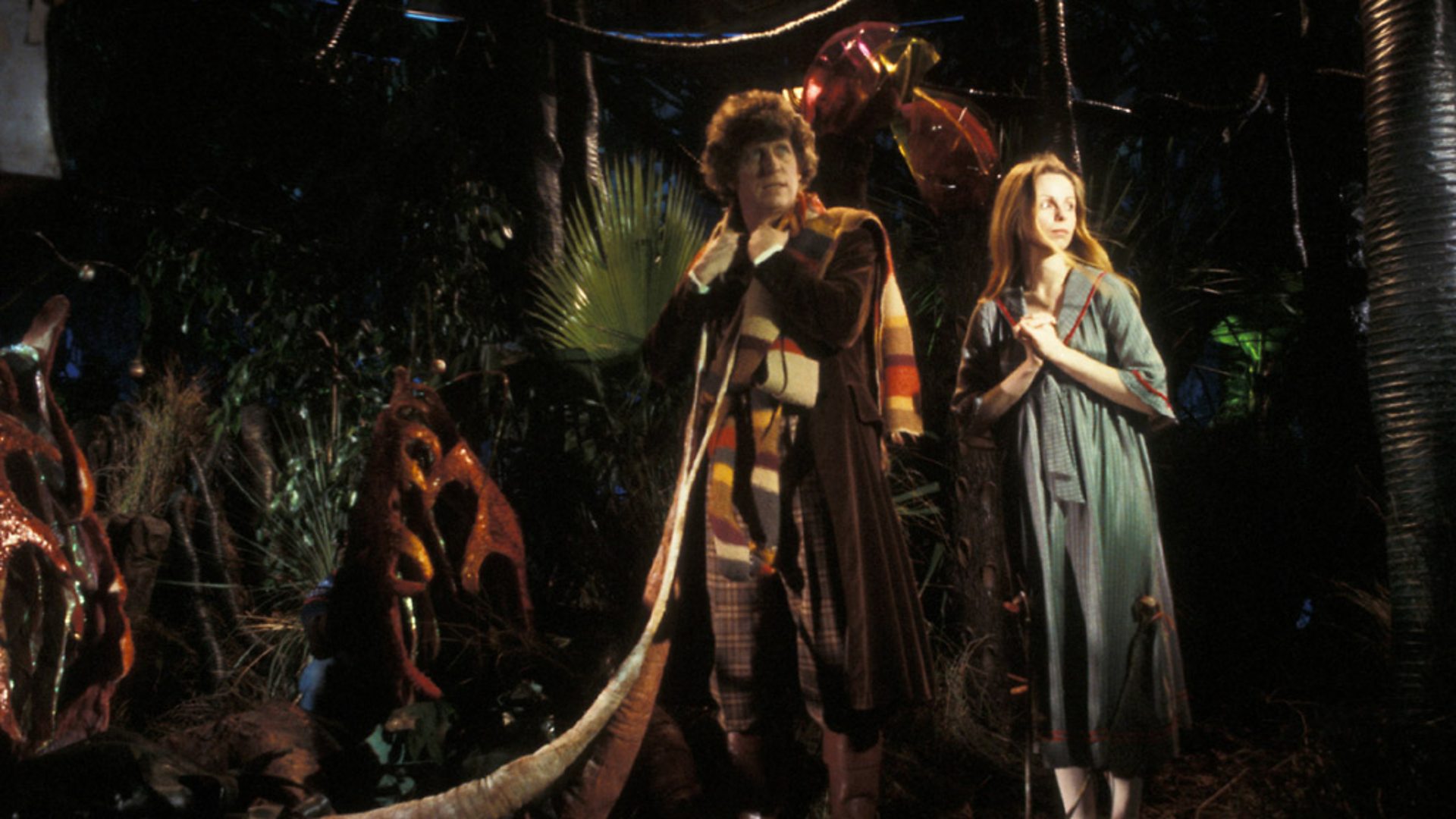 Oh my god, more things to add to the last classic Doctor Who revisit, lest I incur the wrath of my fellow Whovians.

In pod 435 Doctor Who: The Creature from the Pit, for the first time I had included a cast section for notable non-regular cast members. Ironically, I forgot to actually use that space to mention Geoffrey Bayldon, who played the doddering, but likeable fraud Organon.

I also thought there was something awfully familiar about him, and there is. In 1970, he played Catweazle; an incompetent medieval wizard. I remember watching the series as a child years ago, perhaps on repeat because we didn't have much access to a TV until a few years after the series first aired.

I have learned since that he was offered the part of the first and second Doctor, but turned down the roles. Insane to you and me as Whovians, but he had a stage and screen career long pre-dating and post-dating the classic series, so I suppose he thought he didn't need it.

I was going to tackle the top of the hedges (the "broccoli") on Monday, but I was feel rough and so thought bugger it, let's watch some more Doctor Who, I mean it was a sodding bank holiday in the UK, so why not?

Why the extra Who? Quite honestly, I've fallen behind and also I literally had nothing else prepared for the scheduled geek multimedia sci-fi/fantasy/horror show.

I was supposed to watch, write up the show notes, and tape my review on Monday, but instead, took a break halfway through the OldWho rewatch to rewatch NewWho's Asylum of the Daleks from 2012. There's busman's holidays, then there's the madness that has become my life. As if that's not bad enough, I watched Asylum because the day before (Sunday) I'd rewatched the 2011 Christmas Special, The Doctor, the Widow and the Wardrobe.

Believe me, I know I've sailed way past Superfan Sea and into Obsession Ocean. I dread to think what the BBC viewer analysis department make of my iPlayer watch history. Maybe they've got their own task force, dedicated to keeping a close watch on me?!

Doctor Hook's When you're in Love with a Beautiful Woman was number one in the UK, unbeleivably holding Queens, Crazy Little Thing Called Love, down at number two.

The Empress, a large spaceship carrying tourists, merges with a merchant vessel, the Hecate, after exiting hyperspace in the same place.

The TARDIS arrives on the Empress. The Doctor and Romana tell the captain, Rigg, that they are from an insurance company officials and are there to help separate the craft.

They also meet a zoologist, Tryst, who has developed a machine, the Continuous Event Transmuter (CET), that contains crystals holding live specimens from his research.

We find out that someone is smuggling a banned and very addictive and dangerous drug called vraxoin; the first victim of which is the Empress's first officer, Secker.

The merged ships have opened the Continuous Event Transmuter, allowing deadly Mandrels from the planet Eden, escape the machine and menace the ship.

The local customs officers become involved, initially believing the Doctor to be the vraxoin smuggler.

We find out at the end that the reason for the Mandrells' presence in the CET is that when burned they form vraxoin. The zoologist, Tryst, is financing his research by smuggling drugs with his accomplice, Dymond of the Hecate. They are arrested, the ships unmerged, and the Doctor leaves with the crystal prisons, intending to return the Mandrells to their home plant of Eden.

It's a whodunnit in space. Unfortunately, it's very obvious whodunnit, the moment the professor says he's fallen on hard times.

It's also about the ethics research and zoos, and vraxoin addiction is an obvious stand-in for heroin addiction.

The creature design of the Mandrels was excellent; great black furry suits, long limbs, big eyes, shell-like snout. The only problem was that some of the suit actors were very small---playing young creatures, I suppose---and looked cute rather than menacing.

The dark, colourful realisation of tropical Eden, with it's shambling Mandrells, reminded me of the painting, The Dream, by post-impressionist painter, Henri Rousseau. Though that was possibly because one side of the boy's bedroom in The Doctor, the Widow and the Wardrobe that I watched on Sunday also reminded me of the same painting. Also, perhaps I keep seeing that painting everywhere because I really love it. It used to be my 32 bit Windows desktop wallpaper for years, succeeding what has been described as a medievel pin-up, but I'm not an art snob, Sandro Botticelli's Birth of Venus on Windows 3.1x.

It's not the most complicated story, but it's realisation borders on psychedelic, with future drugs, merging realities, weird garbed tourists.

I enjoyed how the local keystone cop-like customs officers were played. From personal experience---I'm sorry customs officers---their portrayal as bumbling bureaucrats is not undeserved.

What kind of accent is Lewis Flander (Professor Tryst) doing? Italian? It reminds me of the terrible accent of David Graham (Kerensky) in City of Death.

Alan Bromly is credited as director, but he left due to a dispute with Tom Baker, leaving Graham Williams to finish. I have read, though couldn't find any primary sources, that the experience led to Bromly retiring and to Williams planning his departure from Doctor Who.