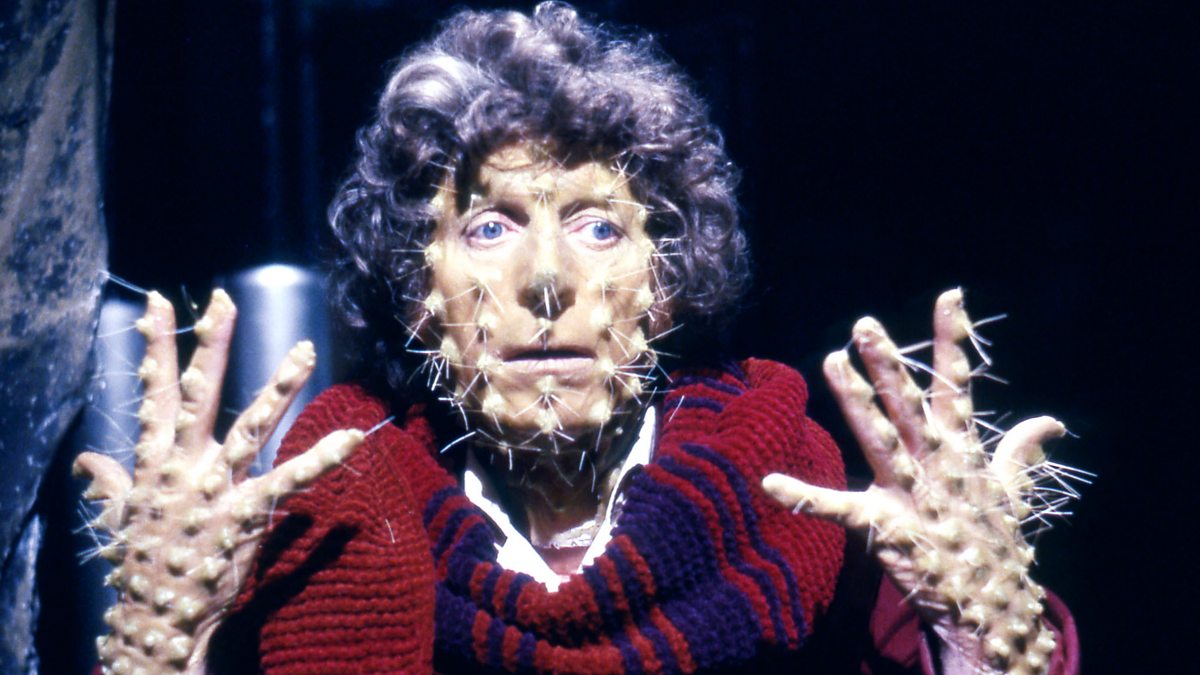 I consulted The Handbook: The Unofficial and Unauthorised Guide to the Production of Doctor Who (2005) by by David J. Howe, Stephen James Walker, and Mark Stammers for the first time in this review to source some trivia.

Doctor Who: The Leisure Hive Additional

There are a couple of corrections and additions to items in pod 445.

JN-T: The Life and Scandalous Times of John Nathan-Turner by Richard Marson (2013), accused JNT of abusing young fans of the show. A fifth (Peter Davison) and sixth (Colin Baker) Doctor's companion, Peri, was played by Nicola Bryant, who had a well publicised feud with JNT. JNT, though not my favourite producer is, I think, not entirely fairly, also widely blamed for the axing of the show in 1989. I should also reiterate that I am a fan of the characters and stories, not the actors and crew who make the show, which means I tend to lose interest in behind the scenes gossip and shenanigans. Obviously, I don't like it if the people who make the stuff I like are terrible, and though they often are, it doesn't change the fact that I still like the media, though it may dent my enjoyment somewhat.

K9 did not bow wow wow out in The Lesisure Hive, but clung on until 1981 when he left with Romana in Warriors Gate, and occasionally appeared in specials and spin-offs. In fact, I did a whole mini-history of the different versions on K9 in pod 404 The Ribos Operation back in 2019, but of course have long since forgotten all about that until now.

JNT mentioned in the special features video that came with The Lesiure hive that he wanted the show to be more science-based. I can't really tell, this is Doctor Who after all, but the JNT era scripts I have watched play out so far do sound slightly more plausible.

The reason for error corrections and additions to these reviews is mostly because after decades I am rewatching these classic Doctor Who stories in chronological order, as a lived experience, without looking ahead and cheating; frankly, I don't want to spoil the joy of spontaneity. That means---apart from the larger overall picture, which I have a vague idea about---I generally don't know what's coming from story to story. Also, more simply, I sometimes cock up or don't do enough research.

While repairing k9 in the TARDIS, the Doctor and Romana are trapped in a time loop (chronic hysteresis) by Meglos, a super intelligent cactus from Zolfa-Thuran.

Meglos wants to steal the Dodecahedron, an incredible power source, from Tigella; a world occupied by conflicting skeptical technologists and religious fanatics.

Meglos is helped by space freebooters who have captured a human Earth for Meglos to possess and disguise as the Doctor because the Doctor is known to an important Tigellan called Zastor.

The Doctor and Romana escape the time loop by deliberately altering the sequence of events, and arrive on Tigella's savage jungle full of lethal plant-life.

Meglos has, however, already stolen the Dodecahedron. When the Doctor arrives he is immediately accused of the crime, sentenced to death, and prepared for sacrifice by crushing.

Meglos returns with the Dodecahedron to Zolfa-Thura.

The Doctor proves his innocence and his death is narrowly averted. The Doctor, Romana, K9, and a couple of Tigellans follow the freebooter's ship in the TARDIS.

On Zolfa-Thura, Meglos places the Dodecahedron at the centre of a set of giant metal screens and a large planet killing beam device emerges. The freebooter's General Grugger suggests Tigella as its first target.

The Doctor arrives, pretends to be Meglos and reverses the weapon's targeting system. Meglos seperates from the possessed human and scuttles away. The Doctor and his friends escape in the TARDIS and the planet explodes.

The Doctor leaves the technologists and cult followers in peace to rebuild their Tigellan civilisation on the surface. As they are about to leave in the TARDIS, to drop the human off on Earth, Romana says they have been recalled to Gallifrey by the Time Lords.

I said in 445 how much I liked the Doctor's new maroon coat. So does Lieutenant Brotadac (Frederick Treves), who at one point claims the duplicate's coat.

The Dodecahedron powered weapon of Zolfa-Thura is basically the Death Star and even moreso the future Starkiller Base from Star Wars. I also really like saying dodecahedron (a 12-sided object).

The talking cactus was interesting and the combined cactus and man was a little disturbing, but the scuttling, green squidgy thing at the end was very silly.

The barbarian freebooting rovers reminded me of the Graff Vynda-K's army from The Ribos Operation (pod 404). They may look primitive, but are high tech, interstellar marauders. I love the contrast.

The god of the fanatics is Ti; a confusing name choice because the word "time" is also used frequently in this story.

The beam hand weapons FX ranged from silly, when a star appears---shaped like one of those little paper gold star stickers used in schools to award to small children---to cool, colourful, and very Star Wars-like.

I might have missed something in the dialogue, but surely the huge, lethal plants of Tigella and the super cacti of Zolfa-Thura are related?

The incidental music changed. At one point I heard a variation on the Doctor Who theme itself; something I don't think I've heard before. I still like the new theme music, but I'm also starting to find it quite trebly.

The Handbook: The Unofficial and Unauthorised Guide to the Production of Doctor Who says that some fancy modified chroma key technique called scenesync was first used on Meglos.

If that is the case, the scene at the giant screens in the sands of Zolfa-Thura, when I noticed chroma key use, is not very impressive as the Doctor's duplicate appears semi-transparent.