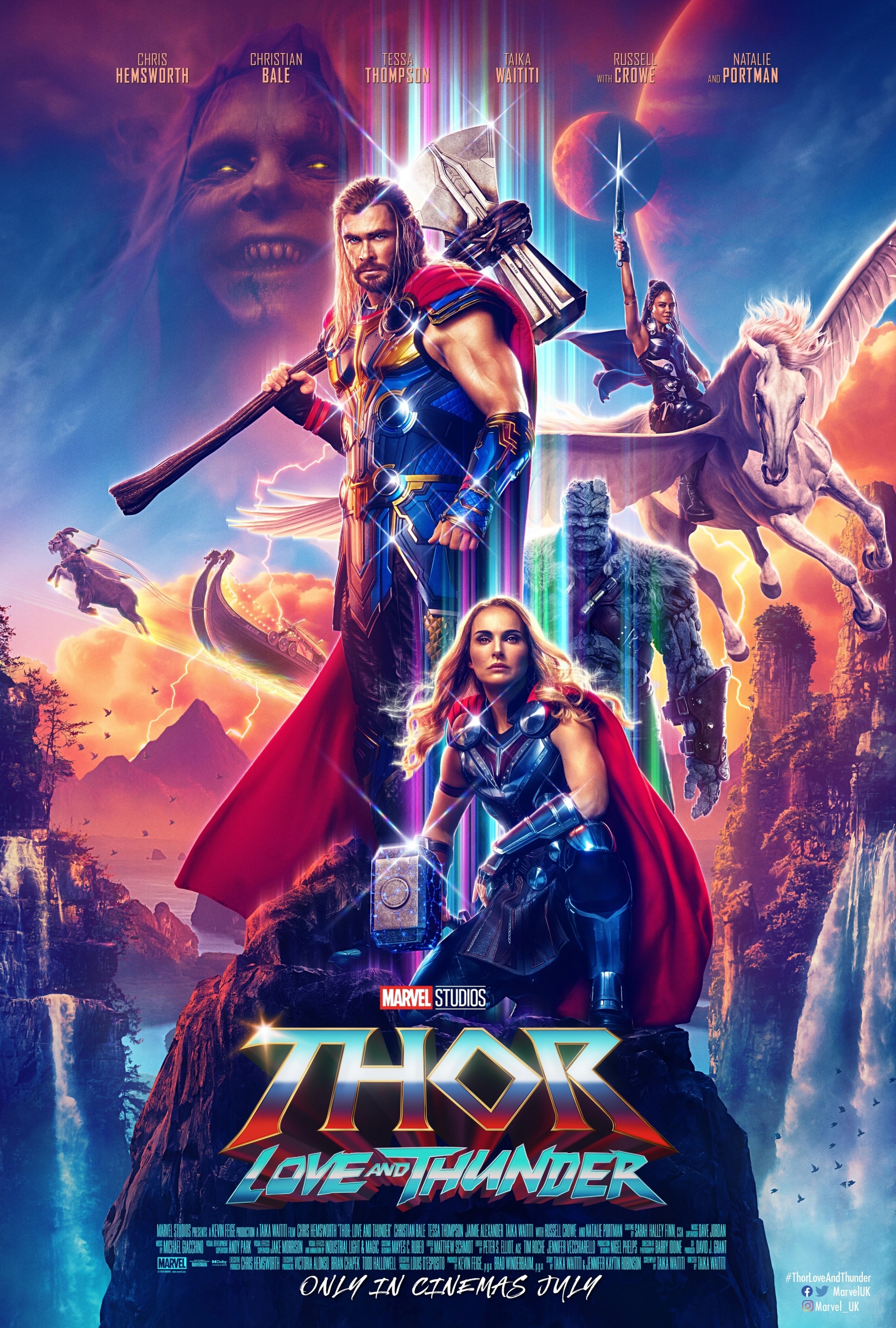 Remember me saying I'd delete the tech section and have less personal news? That only moved the content to the preshow section.

Before you stop listening, I reassure you that non-SFFH content is much less, and much more hot-takey as I also said it would be.

I tried moving the cabling, testing the mixer and the PC outputs, the VIA drivers, and out of desperation I even tried a Focusrite Scarlett 2i2 3rd Generation USB interface, which sounded good, but was very low output and didn't do loopback, and so was returned.

Finally, I found out Windows frequently messes with the drivers, adding 10 dB to the noise floor. I wrote a script, using Nir Sofer's excellent DevManView app, to reinitialise the VIA drivers when it happens again.

I also bought new cans, which I've needed for years.

Twitter is the only social media I regularly use. Now Musk owns it and is no doubt suffering the biggest case of buyer's regret in human history. Paying for verification, check mark chaos, paywalls, mass firings, no remote working, mass user, advertising customers, and staff exoduses, and certainly saying Twitter might be bankrupt aren't going to let him recoup his losses.

I said for years that he's an arrogant and occasionally unpleasant man who's too naive to realise that he isn't a genius. And now, it is incredibly entertaining watching it burn down.

Personally, I use Twitter mostly as a place for me to tell people about new episodes of my podcast, and it doesn't even work that well for that, so I don't care if it goes to hell. I will, however, back up my data.

I was hopeful about YouTube Podcasts, but they turned out to be just a platform for big media outlets to upload talking head videos. Those are not podcasts. Did anyone tell YouTube?

The poor old Millennium Falcon suffered it's annual MOT today. It's an ugly and expensive situation.

Does anyone in the UK fancy taking on my PT Cruiser special edition?

In the latest of Thor movies, the second directed by Taika Waititi, a hammerless Thor, tussles with Gorr the God Butcher. This is because Gorr---a lapsed religious man, disillusioned with how his daughter died without their god's intervention---goes on revenge rampage, killing gods with his superpowered necrosword. So Thor teams up with Jane, more worthy than himself to now wield Mjolnir herself as The Mighty Thor. After nicking Zeus's lightning bolt, they go off to deal with Gorr. That's my brief summary of the details; not too spoilery for a change, now let's talk about what I think.

We don't spend enough time with Gorr the God Butcher. Though the cost/benefit of gods is touched upon, i.e. we're better off without egomaniacs like Zeus, this could have been a fascinating exploration of misotheism; a viewpoint I can empathise with.

I mentioned Norse god Thor's goat chariot in my review of Thor: Ragnarok, and here they are in the sequel; annoying screaming goats; funny for the first two seconds, then ear shredding as the screaming is repeated frequently throughout the film.

I like the idea of the Earth-exiled Asgardians making a couple of quid by doing product endorsements and flogging their magic by turning their village into a divine theme park; the flying longships are delightful. I can imagine a similar scenario would have played well in Bill Willingham's Fables comic series.

The FX are great; Marvel/Disney know their business. The colour palette hit me hard in the boat (face in Londony), like a shiny thrown thali containing a gorgeous neon-dyed cocaine rangoli (a decidedly Desi simile). The soundtrack, including a stack of Guns and Roses late 80s excess, is a perfect match for the insane colourbook.

Everyone looks amazing, as well they should given that many of the main cast moonlight as models. More importantly, the acting is mostly great, except Russell Crowe's, Zeus, which is absurd, verging on racist.

However, much like Doctor Strange in the Multiverse of Madness, I am a little let down by the film, but for very different reasons. With Doctor Strange, I didn't care for the barely comprehensible convoluted storyline. Here, there is too much comedy. For the most part, I don't share Taika Waititi's sense of humour, so his comedy falls flat for me. Even if I did, the comedic tone is to the detriment of drama, like I said it was in Thor: Ragnarok. Also, and I don't know how to say this in a way that isn't cruel, but he's not a funny actor either, not even CGI'd. He's a good and imaginative scriptwriter and an interesting director, but seems blissfully unaware of how unfunny he can be. That's a pity because I'd like to see what he could do without leaning so heavily on a crutch of playing every damn thing for laughs.

I'll let Halloween II (1981) pass, and Halloween III: Season of the Witch (1982), which had bugger to do with the first two, but did have Donald Sutherland as a batty occult maniac/mad scientist. For me though, Halloween began and ended with Doctor Loomis ventilating our masked nutboy in 1978.

This is the supposed sequel trilogy finale that consisted of Halloween (2018), Halloween Kills (2021), and this film; Halloween Ends (2022).

In it, babysitter's life takes a left-turn when his little charge takes a stair dive. The ex-babysitter, instead of moving like any normal person would do, sticks around to work in his stepfather's junkyard, and is pathetic enough to be occasionally bullied by delinquent members of a marching band; no, I'm not kidding. He then meets Laurie Strode's granddaughter Allyson, while also revenging himself on the whole town by choosing our favourite masked maniac as a mentor, until in a surprise move, he himself passes beyond the blood splattered veil.

Victim blaming and the seemingly unkillable Michael Myers lynched? What a repugnant ending. Well, I say ending, but we know, we just know, don't we? This is not the end.

This is a 2022 horror film about a suspiciously nice house in a suspiciously terrible neighbourhood (white flight is hinted at, but not outright said), with a suspiciously creepy basement that tries to eat Airbnb'rs. (It's not called Airbnb, but parody, you know?)

Previous poster boy for nice guy roles and Apple, Justin Long, plays against type (except in respect for his innate ability to get it in the neck) and disrespects both women and a MacBook.

The sound is rough, perhaps due to budget, but excess reverberation and rumble unintentionally works in its favour by adding to the ominous atmosphere.

Season 3 sees our not-so-heroic heroes in a dance off against their alternate Earth counterparts, while trying to return home, and also getting sucked into a suicidal plan to prevent the universe ending.

Canadian Colm Feore is delightful as the ruthless alien masquerading as dandy English eccentric mad scientist and psychopathically pushy dad of superheroes, Sir Reginald Hargreaves. Number 5 and Klaus are great as always. It's a fine show, but let it end. And apparently it will in season 4.

Season 3 sees the Mars missions suffer a drilling rig blowout and find out they were not the first to the red planet, the president is outed, NASA is blown up, and Margo's jig as a KGB asset is up.

The show has been renewed for a fourth season.

In the Peripheral, Chloe Grace Moretz is Flynne Fisher, a carer to a sick mother and war damaged brother, in a hick town in the middle of nowhere. The brother, an avid gamer, contracted to test play a new gaming system, ropes his sister into trying it out. The suspiciously realistic violent conspiratorial drama she finds herself drawn into is because it is real, only in the future. In that future, in which a depopulated world is recovering from several disasters, she helps a man, in thrall to a British Russian crime family, as he searches for his lost sister.

I'm an early fan of William Gibson. I've read Neuromancer, Count Zero, Mona Lisa Overdrive, Burning Chrome, 20% of The Difference Engine, Virtual Light, Idoru, All Tomorrow's Parties, Pattern Recognition, Spook Country, but only a few pages of The Peripheral, which is when my interest in his writing began to flag. But perhaps, in much the same way as early screen adaptations of his better work stank, perhaps later adaptations of his work---like The Perhipheral, which did not initially grab me---might ironically now surpass his written work.

Dodgy London dialogue, weirdly unfuturistic tech in the near future; 3D printing and VR (yawn), wildly unrealistic tech in the further future; crazy robotics, Kurzweill singularity-level telepresence, and the most central to the plot time travel quantum information thingy is skimmed over and sounds like bollocks. In fact, quite a lot of Gibsonian science sounds like bollocks, but his early work flows poetically, and so is excused for the sake of art. In conclusion, The Peripheral looks amazing, is better than anything else of his adapted to date, but is silly. Turn your brain off and watch it for the visuals, then read his early books for their beautiful nihilism.

Epsiode 10 sees the long awaited prison break and a properly actorly soliloquy from Stellan Skarsgard's spymaster Luthen Rael on the terrible cost he has paid for being a rebel:

...What is my sacrifice? I'm condemned to use the tools of my enemy to defeat them. I burn my decency for someone else's future. I burn my life to make a sunrise that I know I'll never see. And the ego that started this fight will never have a mirror or an audience or the light of gratitude. So what do I sacrifice? Everything!...

I've always been interested in explorers, especially those who break the mould, so good luck to Captain Preet Chandi, who will soon be traversing Antarctica solo.