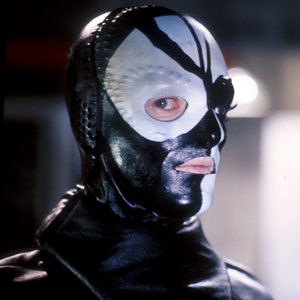 As you may or may not know, I'm in Mauritius at the moment and, whew, was it was hot or what? Earlier today, when I had to zoom down to Game, Le Halles, and Manhattan, I thought the car would melt. Anyway, I'm back now; did a bit of writing, had a nap, and sorted out my evening's viewing. Yep, it's going to be The Caves of Androzani.

Lately, I've also been looking through the huge backlog of stuff I want to watch again. So far I haven't even got round to re-watching more than the first episode of Thundercats, and I'm only one-third of the way through Space Adventure Cobra. I really like Cobra, he's like a mashup of Han Solo, Starbuck from BSG (either one), Hannibal from The 'A' Team, and maybe there's a touch of Duke Nukem in him too. He's a pirate who flies a spaceship, with the help of Lady Amaroid, rescuing damsels in distress and has a BFG for a left arm!

When I was little, I used to spend every Summer with my auntie in France; on a huge council estate on the outskirts of Paris. Despite not speaking a word of English, the kids who played there were all very nice to me and I have some really great memories. It was while I was there that I also became a big fan of a TV show called Goldorak. I think it was a dual Japanese/French production about this giant flying robot and his human pilot. OK, so there are echoes of Robotech, Robot Jox and Transformers here, but for me it was the first time I was exposed to the concept of having this huge robot mate that would kick the numpkins out of anyone who messed with you. 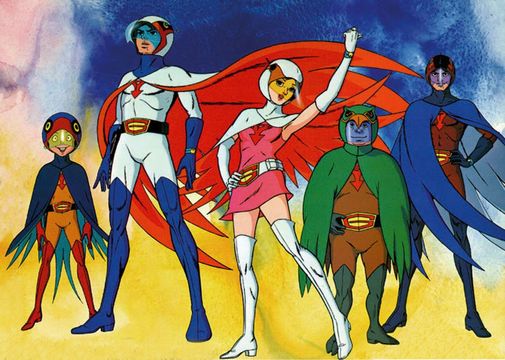 One last nostalgic look down memory lane; if you were in the UK years and years ago we had the dumbed down re-edit of a Japanese TV anime called Battle of the Planets. Putting my nerd-cred to shame, I only knew of this sanitised version until I had a date with a Japanese woman a year ago. Halfway through one of those excruciating pauses in conversation, I was struggling for something clever to say and tried to describe the show to her, mentioning in passing how I still loved it. She suddenly exclaimed, "Aha!", and told me that it was known as Gatchaman in Japan, and that she too enjoyed it as a child. So that's the really tangential story of how I discovered the real Gatchaman. I'll have to see if I can get hold of the original Japanese series. 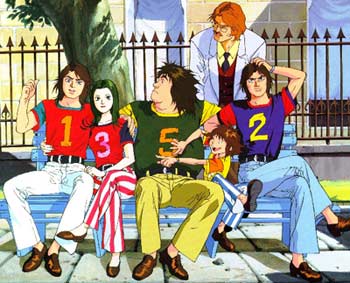