TechieTalk: Giant Phones Attack the Earth and the Hands of Pat Jennings

By Roy Mathur, on 2012-08-06, for The Independent Daily, Mauritius (in which an edited version appeared) 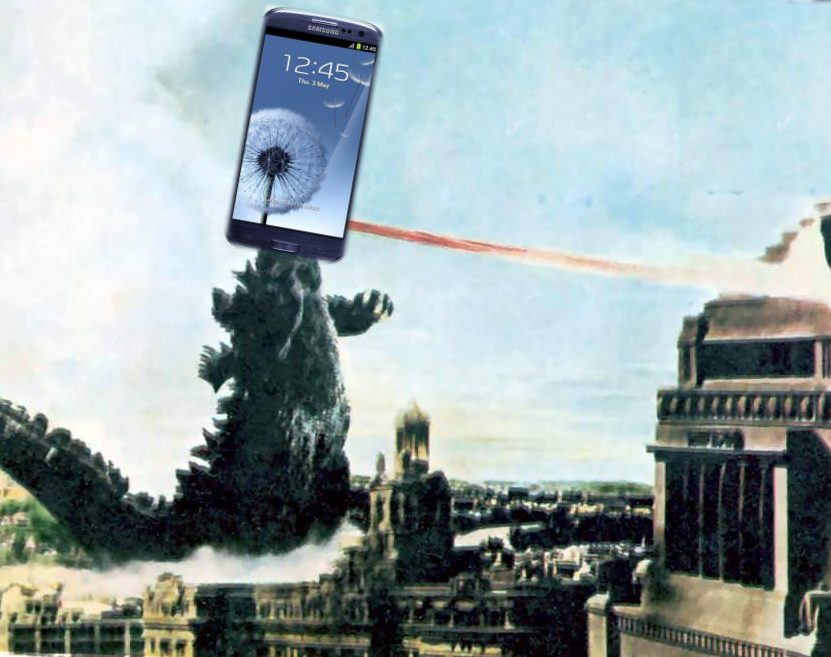 Recently, we had to visit a mobile phone shop so that my mother could buy a new SIM card. While she was chatting to the shop assistant, I went into full geek mode and fiddled with the stock on display, chatted to staff and customers and generally nerded it up.

The subject of interest for me that day was the latest smartphones with their near 5 inch displays.And boy, are they big. But big phones are a big problem for me.

My favourite pocket gadget of all time was the Palm Pilot Professional. This dinky and incredibly useful device was specifically designed to fit into a shirt pocket.

The iPhone 4S is the device that I currently grudgingly use because it seems to be the only smartphone to work without too much fuss, if you can live with iTunes, short battery life, delicate build, weight and Apple's godlike power.

But the makers of the new big smartphones seemed to have completely forgotten about shirt-pocket ergonomics. Or any pocket. You need a bag to carry these things. This is fine if you are a female willing to carry a handbag. Or a young male enamoured of those manbag things. You know what I'm talking about, just walk around Curepipe or Caudan or on Saturday.

Big smartphones are too small to be a tablet and yet still impossible to tuck into your pocket. For such an awful idea, you might think that these things must be impossible to sell, right? Wrong. I have already seen two girls and one guy using the unfeasibly huge Samsung Note in the wild.

I haven't yet seen many with the Samsung S3, the long, wide successor to the just-right sized S2, but according the mobile shop staff, their entire stock was sold out when it first went on a sale about two months ago.

In order to, at least, appear objective, I had a quick play with two big phones: the S3 and the Nokia Lumia 900.

My initial impressions were that the Nokia felt better built with a slicker OS.

I wasn't too impressed by Android, even in its latest incarnation on the S3, but at least you can tinker with it and there are lots of free apps.

Despite the nice Nokia N900, buying a Windows phone right now isn't such a hot idea as none will be updated to Windows 8. Better to wait for Windows 8 phones in the Autumn.

But the drawbacks I mentioned earlier about the iPhone 4S are also reasons for considering these mega-sized monstrosities.

So if you simply must have one and aren't averse to carrying a bag, go for an Android phone running Ice Cream Sandwich or Jelly Bean.

I might be alone in my hatred for giant phones.

I spoke to a customer who was eyeing up the big S3. He told me it was the perfect size. A shop assistant also liked it for the battery life and the powerful CPU.

Weirdly, I have pretty big hands, bigger than anyone I have seen using a big smartphone or the customer I spoke to, but the thought of toting around a hefty slab just doesn't appeal to me and, as you know from reading this column, I'm always right. 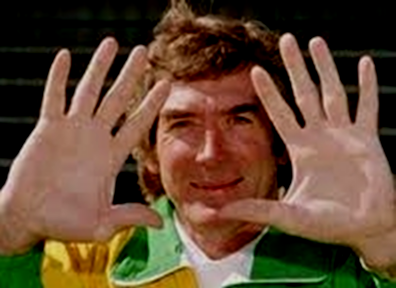 I wonder what Pat Jennings, Arsenal superstar goalkeeper of the late 1970s makes of big smart phones. I once heard a sports announcer describe Jennings as having hands like shovels. Maybe he likes them, but I imagine seeing him carrying a man-bag.