TechieTalk: iPhone 5 and Other Updates

By Roy Mathur, on 2012-09-17, for The Independent Daily, Mauritius (in which an edited version appeared) 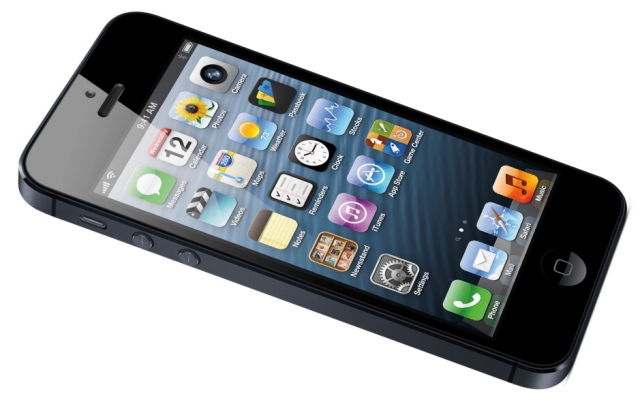 (Available from September 21 in the UK)---The biggest announcement of the event was the unveiling of the long awaited iPhone 5. The new iPhone has a bigger 4 inch retina display, better front and rear cameras, a faster processor, a slot for the new nano format SIMs and a 4G (LTE) radio. Apple also claims slightly better battery life. It has a taller and slimmer form-factor with a new, partially aluminium backplate and a new docking connector. There are 16 GB, 32 GB and 64 GB models following the same pricing structure as that of the recent iPhone 4S. The prices for the 4S range will be reduced. Should you buy the iPhone 5? The Emtel and Orange 4G networks should now be up and fully running in Mauritius so, as long as you plan to buy an iPhone 5 with EU specifications, you should be fine for connectivity. Just ask yourself if you really need one, especially if you are already an iPhone 4S owner. Remember that you'll need a slightly bigger pocket and factor in the cost of a dock adapter (see below) if you already own dockable iPhone 4 peripherals.

(Pre-orderable from 14 September in the UK)---The new iPod Touch now has the same retina display of the iPhone 5, better front and rear cameras and the new docking connector.

(Available now in the UK)---The Nano has a taller 2.5 inch display with widescreen video. There are some design changes to the interface to make it seem more iPhone-like and there is now multitouch. There is also a front Home button, an FM radio, a pedometer, Bluetooth and the new connector. The device is thinner and lighter than its predecessor. The continuing lack of a camera disappoints though.

This is what Apple is calling the new shape earbuds that will be packaged with the above devices. Considering that the old earbuds didn't fit my beautiful, but non-standard ears, I'm not holding out much hope that these will be a better fit either. Apple, however, do at least claim better sound reproduction from the new ear-pieces.

This is the new docking connector for the above devices. It is not compatible with accessories that use the original docking port. There is an adaptor available from Apple, but it will cost about 40 US dollars.

(Available next week)---There are a plethora of updates to IOS6. Google Maps has gone, replaced by the in-house Maps App now with useful turn-by-turn voice directions, traffic data and a 3D view. Social media functionality in the shape of Facebook and Twitter connectivity is now built-in to IOS. Safari has offline reading, full-screen browsing and iCloud synchronisation for bookmarks. Apple also claims improvements to Siri accuracy and functionality. This does not particularly fill me with confidence as I'm pretty sure Siri hates me. I have had no end of trouble getting the incredibly dumb non-AI to accept input from my dulcet tones. The fact that I currently have a very sore throat probably won't help matters.

(Available now, but larger update in late October)---There are changes to the interface reminiscent of Apple TV, CoverFlow improvements and built-in social media.

All purchases will now be reachable for any IOS device you own via iCloud.

There are no details yet about the availability of the new iPhone or iPods in Mauritius.