TechieTalk: Play Misty For Me: Free Media Players for Windows

By Roy Mathur, on 2012-10-29, for the Independent Daily, Mauritius (in which an edited version appeared) 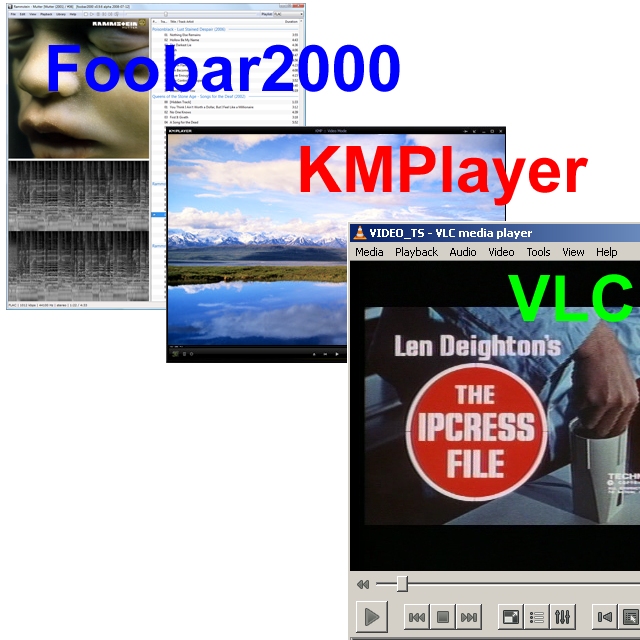 There are those favourite bits of media, be it music or movies, that you want to play over and over again. For me, it's great movies and music like 2001: A Space Oddessey, or Camille Saint-Saens' Aquarium from The Carnival of the Animals. With today's multiplicity of media formats, this can be a right, royal, pain in the pant-seats. To handle the numerous media formats with a minimum of fuss, and without the need to resort to third party format conversion applications like HandBrake, you need reliable media players that can play anything you throw at them.

VLC is probably the most versatile media player in the world. It plays almost anything, but that is about all it does. It is almost completely useless as a way of cataloguing your collection and lacks any sort of polish and is not even able to consistently display album art. It also has a few quirks depending on what hardware you are running it on. In order to maximise the playback capabilities of VLC on old, cranky, low-powered PCs, I suggest you try the following command line options with VLC. Just use this line in your shortcut to VLC:

But even with these tweaks, and due to my (and many of you people out there) having a chronic lack of cash which means we never have the latest hardware, there will always be severe problems using VLC to successfully play HD video. High Definition MKV (Matroska) and MP4 movies seem to give me the most grief. And that brings us to our next player.

KMPlayer: this Korean media player seems to suck up a lot more resources than VLC and is prone to crash if you fiddle about with it during playback, but it does seem particularly good at playing CPU/GPU-intensive HD media. I use this as a last resort when VLC stumbles. One thing to note, if this sort of thing bothers you, is that there is some controversy with KMPlayer within the Open Source community, some of whom have accused the KMPlayer developers of "borrowing" code from the FFmpeg media project. Whatever the case may be legally speaking, it is still a capable player for some otherwise unplayable media. You can download KMPlayer here.

Foobar2000: okay, so we have now talked about how to just play stuff, but while both VLC and KMPlayer are also capable of playing most types of audio as well as video, they are, especially VLC, as mentioned earlier, shockingly basic and will not help you organise and curate your music collection at all. In addition, they aren't that pretty to look at either. If you want to treat your music collection with the respect it deserves, I recommend the brilliant Foobar2000. Unlike players like iTunes or Windows Media Player which are massive, bloated and slow, Foobar2000 is small, fast and lightweight. I also really like how easy it is to configure Foobar2000 to your own personal taste. The only downside to this application are the variable quality of the plugins. I find it particularly tiresome to use the podcast manager plugin, but, to be fair, most media players including iTunes, seem rather useless with podcast management. You can get Foobar2000 here.

Have a great week and next time we'll be looking at how the October 26th release of Windows 8 was received.

Chek sa tek and have a happy Halloween!