By Roy Mathur, on 2012-11-05, for the Independent Daily, Mauritius (in which an edited version appeared) 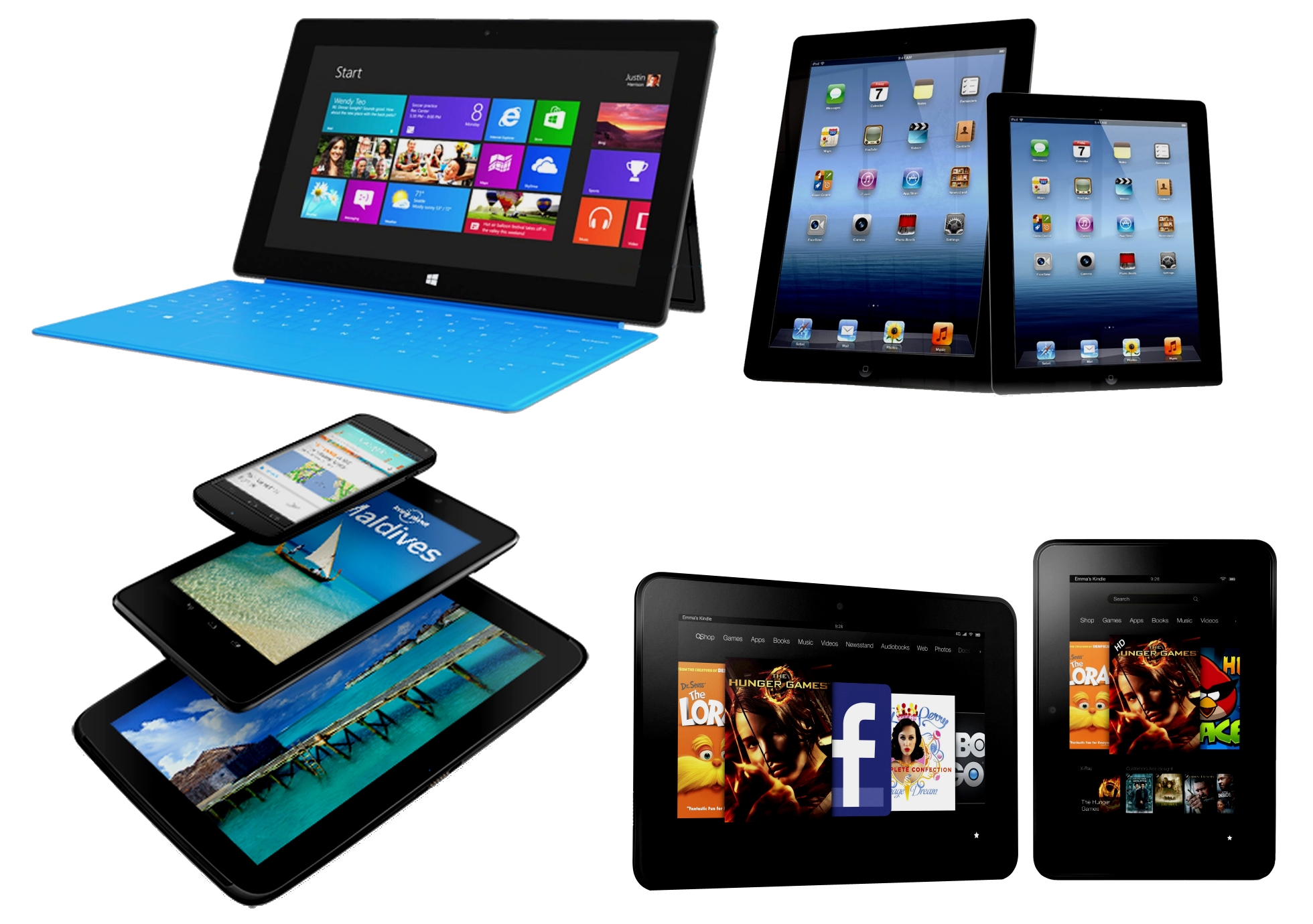 What an exciting few weeks it has been for geeky news! Microsoft finally unleashed both Windows 8 and its Surface RT tablet, Apple released a smorgasbord of hardware updates along with the dinky iPad Mini and both the Google Nexus and Amazon Kindle Fire lines were also refreshed.

Windows 8 is finally here with its spanking new Metro interface that we've been hearing so much about. Unfortunately, much like those movie trailers that give away the whole plot of the film before you have even seen it, there's not much that we haven't already told you about in this column, or that you might have fathomed out for yourself by following the news.

In brief, the tablet-inspired interface is substantially different from Windows XP/Vista/7 and might initially take some getting used to, and the two-tier interface will either be a boon or curse to Windows developers.

The over-publicised, Microsoft branded Windows 8 tablet; the Surface RT is also now available directly from Microsoft, but TechieTalk advice is to avoid it. It is not cheap and it is incompatible with all your usual desktop PC software. If you must have one, wait a few months, get a new job with a much bigger salary, and then splurge on the forthcoming Surface Pro which will run full-blown Windows 8.

Apple have been gradually updating their entire line since the middle of this year.

More recently the iMac and Mac Mini were upgraded, but over the last couple of weeks Apple have announced both a fourth generation iPad and an iPad Mini to replace the current, and very short-lived, "New iPad". While this has obviously put the nose of third generation iPad buyers badly out of joint, one wonders whether the new seven inch iPad Mini will sell as wildly as Apple hopes for. Obviously a direct poke at tablets like Google's Nexus 7 and the Amazon Fire, the high specification of the Apple's new baby commands a correspondingly higher price-tag, far above that of Apple's seven inch form-factor competitors.

Have Apple miscalculated? Both the fourth generation iPad and iPad Mini share most of the same components, but vary in screen size and resolution. The other key difference is that the iPad Mini has the older dual-core A5 CPU, whereas the fourth generation iPad shares the same dual-core A6X with quad-core graphics CPU as the iPhone 5; though boosted by 100 Mhz to 1.4Ghz. Basically, it's very fast!

Google have now settled on their pre-Christmas line-up of goodies. The Nexus 4 is, of course, their smartphone offering, the Nexus 7 gets a boost in storage to 32 GB and the Nexus 10, as its name implies, comes with a ten inch display. 3G versions will follow shortly.

Along with its flagship backlit, e-ink, e-reader; the Kindle Paperwhite, Amazon have also recently released the Kindle Fire HD; a spruced up version of the colour Kindle Fire that debuted last year. There are two. One has a seven inch screen and the other a nine inch screen.

My advice on buying a tablet?

If you want to read comic books, magazines, periodicals and newspapers on a tablet do not buy anything smaller than roughly ten inches, otherwise you will be forever zooming in and out. Also, movies will be much more bearable. Don't believe the hype about the benefits of using smaller displays for anything other than gaming, e-books, or music.

If you want to stay connected, make sure your tablet has at least 3G as you really can't rely solely on WiFi unless you also tote both smartphone and MiFi. Try and get a tablet with a speedy CPU to keep things smooth.

A horrible web surfing experience can sometimes be down to laggy processors. Samsung, Apple (and soon Google) all have tablets of around ten inches in size with fast CPUs and 3G+ connectivity.

Are you buying some techie treats this Christmas? Let me know. Contact via RoyMathur.com