By Roy Mathur, on 2012-12-03, for the Independent Daily, Mauritius (in which an edited version appeared) 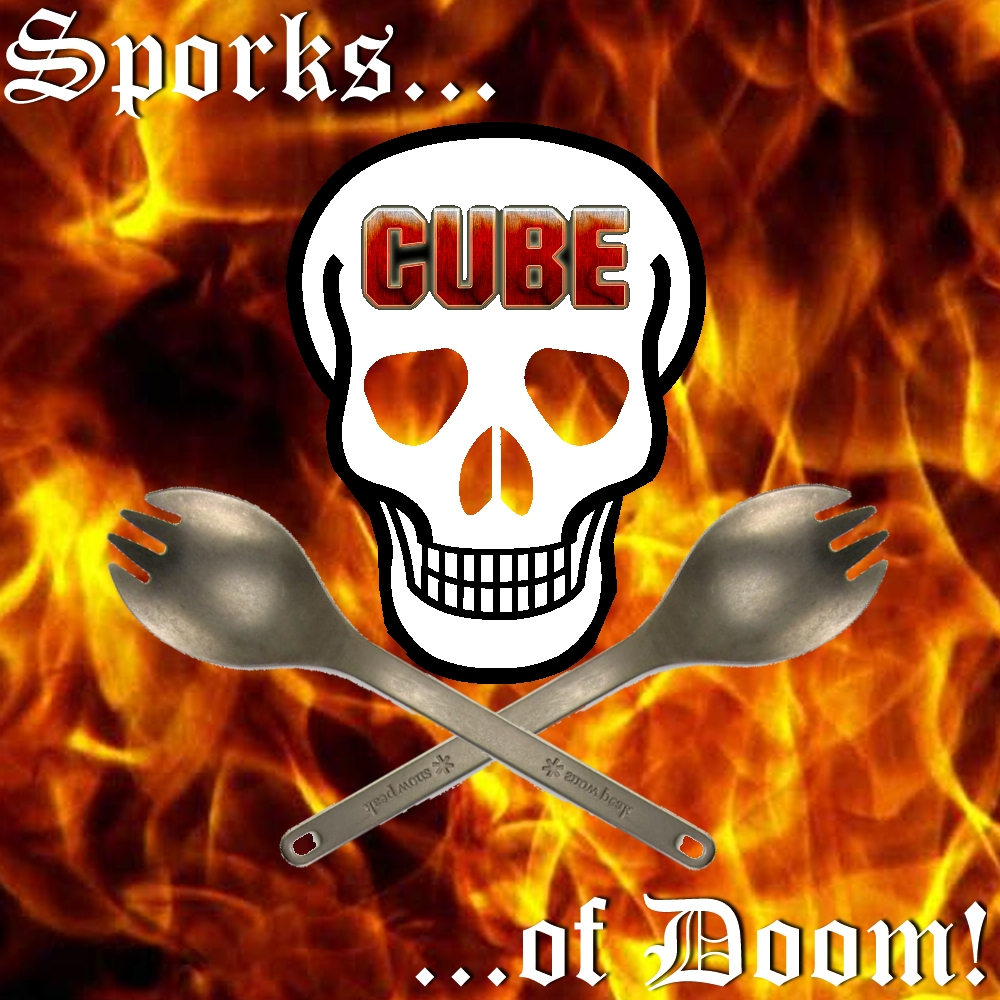 In my normal, day-to-day life I am generally of a pacifist demeanor. On the other hand, I'm also a complex human being with needs that must be met and sometimes those needs include the necessity to abandon the pathetic veneer of polite society by momentarily dropping my "dhoti-of-peace", girding my manly loins and fragging a lot of bad guys in a variety of unbelievably violent ways with really big guns.

I'm not talking about some gung-ho, pretend soldier-boy rubbish either. I'm talking about the serious business of destroying demons, zombies and other evil buggers with fists, knives, guns or, should the occasion arise, even my trusty "Sporks of Doom".*

This week we are going back basics and getting down, dirty and covered in gore with freeware FPSs (AKA First Person Shooters). Specifically we will look at the Cube series of games, which we mentioned briefly in a past column.

The Cube series are based on a clever game engine designed to model 3D open spaces. This means that most of the action takes place above ground, in direct contrast to FPS games like Doom and Quake where most of the fun happens in enclosed, underground spaces. But what does that mean to us and why is this a good thing? Before my previous career went south for the Winter, I used to be an archaeologist. Now imagine my delight when I found a level in Cube based on Egypt. Imagine also the fun it was for me to throw away my fusty, old, scholarly books, drop my lame "Trowel of Discovery" and instead sneak up on a terrifying menagerie of maniacal monsters and send them straight back to hell without even a note from their mums.

If you are a conflicted pacifist fed up of turning the other cheek, these games will get you in the mood for a proper rumble. So caffeine up boys and girls, strap on a pair (of, ahem, guns) and let's go kill something.

There are currently four games in the Cube series- Cube, Cube 2: Sauerbraten, Red Eclipse and AssaultCube. All the games are Open Source and freeware, run on Windows, Mac OS X and Linux and can be played in both single-player and multi-player mode.

This is the original game, it comes in with a huge amount of maps and, most importantly for users of older hardware, it can run on most PCs and laptops, even the ones with those useless Intel Graphics Media Accelerator type video sub-systems found commonly in cheaper machines and older Netbooks. In fact, this is the game I played yesterday until my eyes felt like they were going to explode.

This is the sequel to the original, a much bigger game, with far richer eye-candy than the original, but worth playing if your computer supports the greater demands on it. You should note that the download is much bigger too.

This one is a conversion of Cube 2: Sauerbraten, which means you will again need pretty slick hardware to run it at a decent frame-rate. Interestingly, you can do special moves including free-running like a Parkour traceur or traceuse.

Finally, this mod of the original Cube comes with more content, weaponry and environments than the original game. It also includes a Capture The Flag (CTF) mode for team games.

To download any of the games, go to cubeengine.com

Don't try to play these games at the office unless your boss doesn't mind screaming, shouting, foul language and over-excited employees trying to head-butt the monitors. Or maybe that's just me. Gosh, I really should grow up shouldn't I?

See you next week.

To contact me and for more mayhem go to RoyMathur.com

*Note to Cube developers: Please, please, please add my "Sporks of Doom" to the weapons inventory!