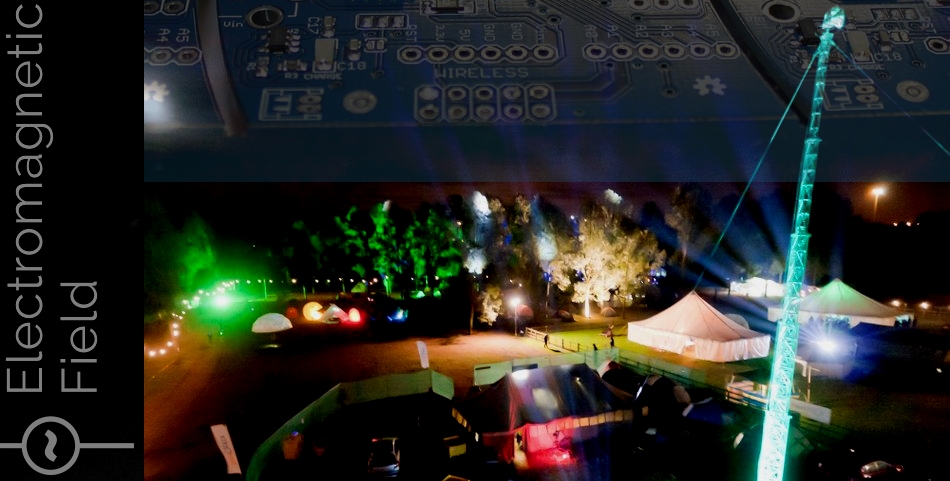 A little west of Bletchley, Electromagnetic Field Camp 2014 kicked off today. Hackers and Makers from around the globe converged on bright, breezy, hay-threshed fields set in the gently undulating countryside south of Milton Keynes.

We arrived just after ten in the morning, amongst the slowly building multitude of cars, caravans and campers, and, slightly more esoteric vehicles, such as a Soviet-era military mobile radio transmitter - complete with red hammer-and-sickle flag rippling from the towering antenna. 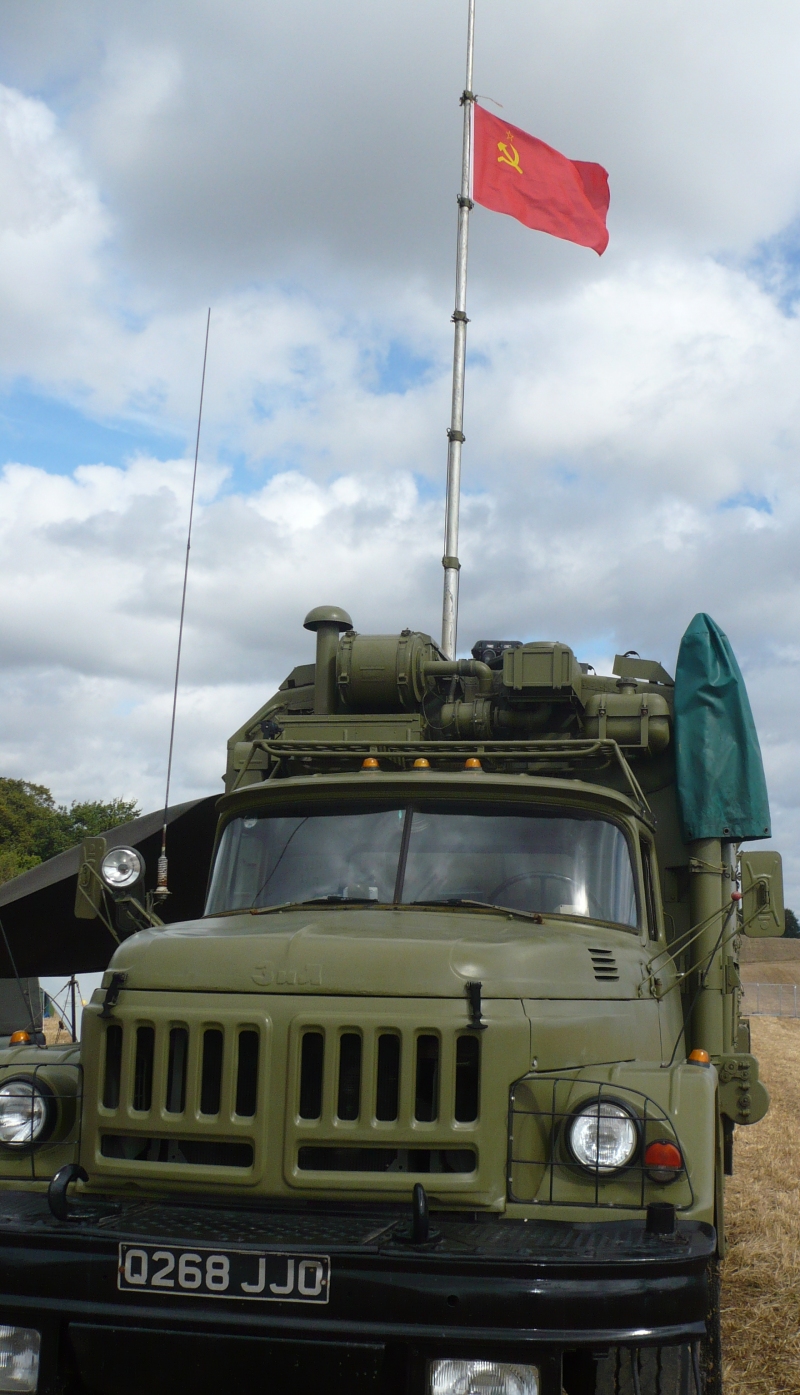 As we walked around the temporary tent-city, we met some very modern blacksmiths from the, not-so-rural, London,  already oversubscribed for practical smithying lessons later that day. 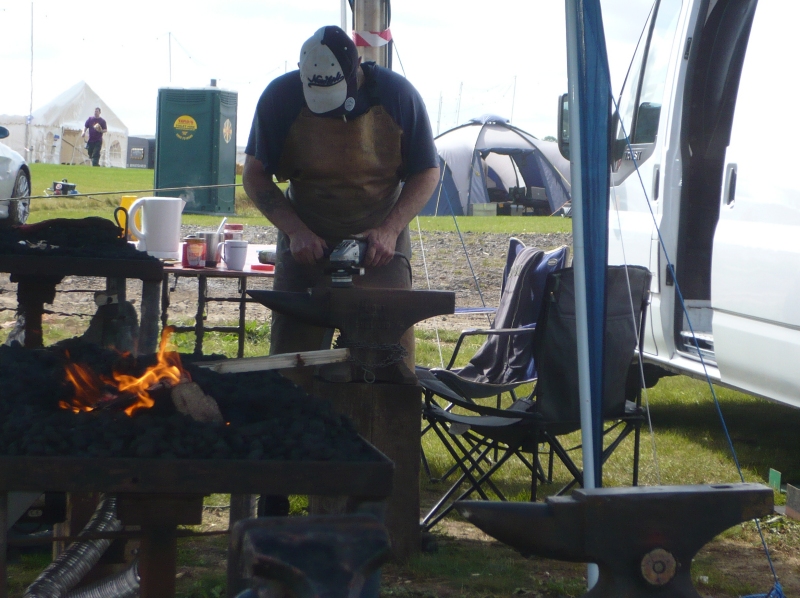 Outside another tent I saw a sandwich-board offering jewellery-making classes to assist people in fashioning their very own "One ring to rule them all" (and, presumably, "...In the darkness bind them.") 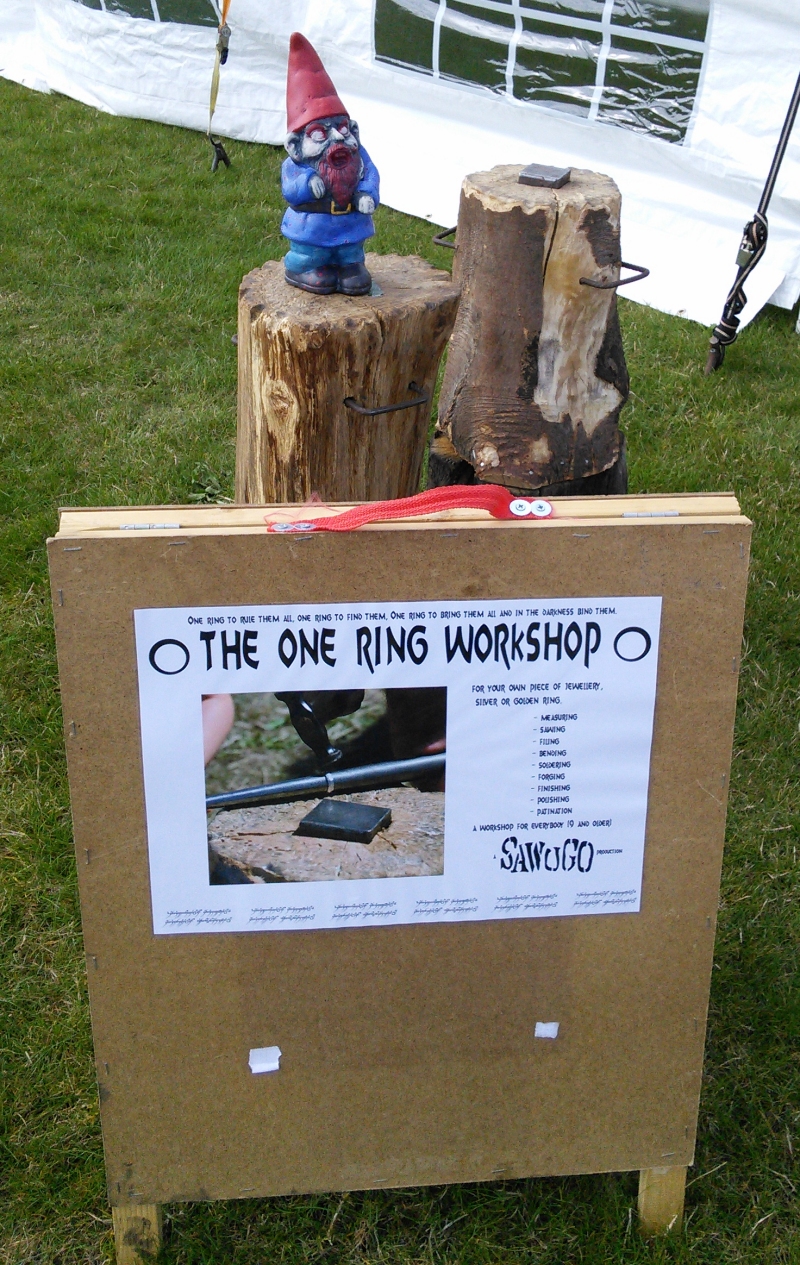 The practical-tinkering even extends to the rather stylish PCB event badges, which are custom Arduino-based, single-board programmable computers, with a built-in joystick, input buttons and a rather cute little LCD screen.

Everyone we met, participants, visitors and organisers were refreshingly friendly and fired up with geeky enthusiasm for tech; all within an atmosphere more reminiscent of Burning Man than the Googleplex.

The sponsored event is the brainchild of Jonty Wareing (below left) and other enthusiasts from the tech industry, events management and the arts. Its purpose is to gather a diverse range of international tinkerers in a convivial community - to share knowledge and, more importantly, to have fun. 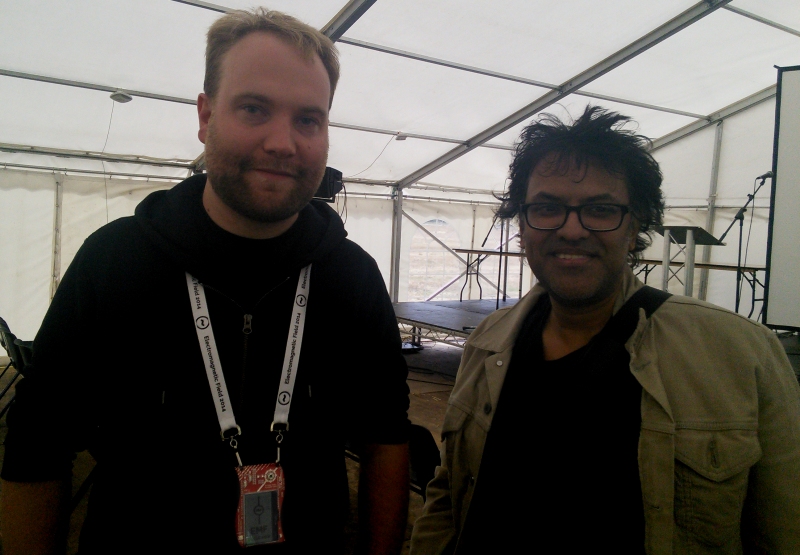 And it's not only techno-wizardry that's afoot. When I asked Jonty what event he was particularly looking forward to, he told me that renowned science author Simon Singh would be giving of an demonstration of enigma machine, on-loan from nearby Bletchley Park (AKA Station X).

Electromagnetic Field will continue until Sunday and, if you are going, remember to have a drink at The Robot Arms: a pub with a name that is most definitely not just a metaphor.