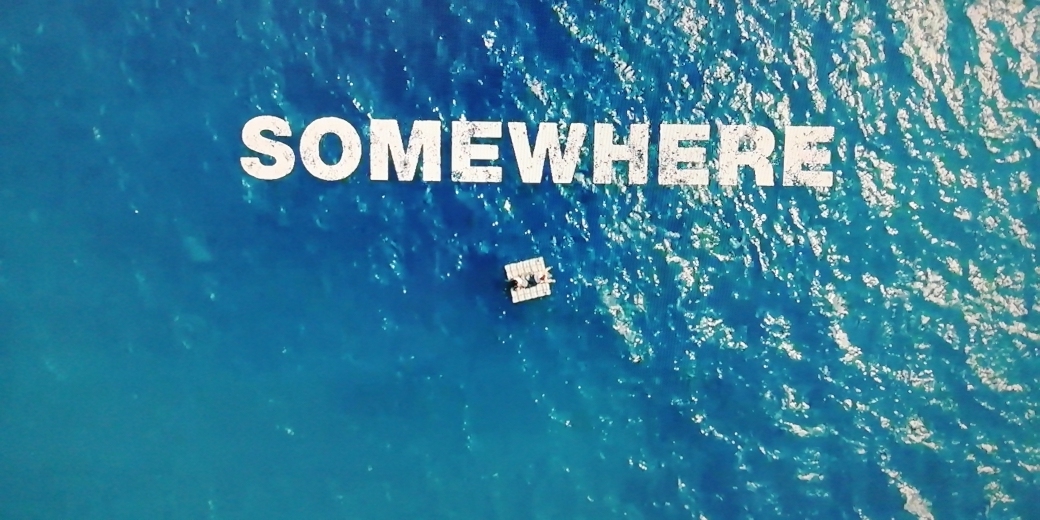 Spoilers! How many flying pirate ghost ships can you talk about in the span of only a few podcasts? First Doctor Who: Legend of the Sea Devils (pod 432), now Uncharted!

Does anyone have anything to say about anything? This is a fairly contentious geek pod, so you'd have though with all the opinions out there...?

Come on people! You make the podcast. Well, okay, I do, but without you, this is just the ravings of a loony screaming into the void!

I bumped into a neighbour earlier today. He asked if I was still working. I said no because I was caught off-guard by tiredness and the honesty bug bit me in the behind. But it occurs to me that I'm working harder on podcasting than I ever did in any job I ever had, and not getting paid.

Let that be a lesson to anyone thinking of becoming a podcaster in anything other than the most casual hobbyist way possible. And god help you if you decide to be a YouTuber.

So drop me a tip. (Details at the end of the show, or follow the link above if you are reading this).

This is another of those films I watched in two chunks over a couple of years. It is a low-budget sci-fi horror about two grown-up cult survivors returning to the secluded rural retreat they escaped many years ago. What they find there---alien intelligence and time-loops---is not what they expected.

I was reminded of Cube and Triangle, and though a bit too long, it left me feeling good (helped by a cover version of one of my favourite songs, House of the Rising Sun in the closing credits).

Blizzard snows in strangers with uncertain motives and the tension escalates in this stripped down thriller.

It's okay, nothing spectacular, though nice little twist and table turning and has something to say about fear, abuse, and a lack of financial security, rather than purely criminal motivation.

The latest Batman movie is about the Batman tracking down a serial killer with a penchant for puzzles. The film features iconic characters like Riddler (Paul Dano), Catwoman (Zoe Kravitz), Penguin (Colin Farrell), Carmine Falcone (John Turturro), James Gordon (Jeffrey Wright). It is doing quite well at the box office.

It starts promisingly enough with a maniac serial killer with a grudge against Batman menacing the city, but it soon devolves into a sub-par pastiche of Seven and every Christoper Nolan Batman movie ever.

The wingsuit scene with Bruce showing us his sensible fear of falling is a nice touch, but is ruined when the wingsuit itself is actually deployed, making him look like a plump flying squirrel. Pattinson swishing the cape about is more camp Dracula than Dark Knight.

The Riddler was okay, as demented and menacing as Zodiac, and styled that way too, until the mask came off. Colin Farrel's Penguin was an amazing feat of acting and prosthetics, pointlessly wasted by turning preppy Oswald Copplepot, the wasp sociopath, into Al Capone. It was boring, too long, and I prayed for the end. And if I hear one more cop say, "Jesus", I'm going to kill myself.

Joker (2019) managed to accidentally create a monstrous alternative origin story, despite the creators' complete misunderstanding of what they had made. The Batman filmmakers knew what they were doing and accidentally made a crap film.

You have to contrast DC with Marvels's miraculous job shifting from cheap TV movies to the MCU powerhouse following Iron Man (2008). Marvel have gone from strength-to-strength, while DC have floundered badly. Sure, Nolan, The Suicide Squad, and some decent DC TV shows; if DC and Marvel adaptations were still equally pre-Kevin Feige naff that would be a worthy accomplishment, but they are not and Marvel won. DC need their own Feige.

Also---this is admittedly petty because, apart from the ludicrous French parody in The King (2019), Robert Pattinson is a fine actor---I don't see Batman having bandy legs. While we're being petty, can the next Batman please be tall, jacked up, and intimidating?

Was anything good? Yes! I liked Batman examining crime scenes; playing up that he is the world's greatest detective.

Nathan Drake and his older brother Sam are orphans, who are separated when Sam has to go on the run after a burglary goes wrong. Nate grows up, becomes a bartender and a petty thieve, until he meets Victor "Sully" Sullivan, who has a proposition that will make him very rich, and also help locate his missing brother. On the way, they meet villains, henchmen, an attractive treacherous ally, and zoom off around the world on a treasure hunt.

I did not like how the film seemed to drag on for so long. It's hard to know what to say... I didn't enjoy it, but I appreciated certain aspects of it.

But what did I like? Sure, Tom Holland is no grizzled adventurer, but making Nathan a petty criminal and his partner, Sully, surprisingly ruthless (the way he beats up Braddock) in this origin story was a nice touch. After all, Sir Francis Drake, in addition to being a swashbuckling privateer and Queen Liz's man-totty, was also a slave trader and a war criminal (Rathlin Island massacre).

I know next to nothing about the game, Uncharted, other than the general plot of a globe-trotting treasure hunter, so the cameo of the gamer's voice actor and the acquiring of a shoulder holster, were about the only notable fanservice I detected.

The parody nod to Indiana Jones, "Why's it gotta be nuns?", instead of snakes, made me laugh.

I appreciated that the two women co-stars were glamorous and intimidating, moreso than the men.

I enjoyed the grand absurdity of the final scene of a chase between pirate ghost ships hanging from helicopters. Ghost ships again?! (pod 432).

I was annoyed that a scene near the end seemed semi-lifted from my novel, The Horus Box (released years before the movie, by the way).

To conclude, blend national treasure and Tomb Raider and you get something that's only half as good as either and a bit too bland and safe for my taste.

That is a coincidence. I said before in 432 how episode 1 reminded me a little of Legion, well episode 4 ends on a very Legion-like scenario Marc Spector and Steven Grant meet after they have been fatally shot in a mental hospital. Another coincidence is the film a just reviewed briefly, The Endless, was directed by the same team who directed this episode of Moon Knight.

This is definitely the most gripping, fun, and totally crazy episode so far. We go full and visceral mummy horror schlock-horror in the middle of a Lara Croft tomb raid. Throw in a little Indiana Jones and Old World archaeology, and I can forgive Oscar Isaac's accent and Ethan Hawke's anaemic villain this week. It's almost as if they knew I, Roy, would be watching it and they wrote this episode just for me. It's almost mystical. Excellent stuff.

I don't want to give my listeners any ideas, so please don't unsubscribe from this pod, but I have been spring cleaning. I have been unsubscribing to many podcasts and YouTubers.

There are many podcasters who I either find unpleasant or just plain boring, and of course I realise that some might think the same of me.

My main problem with many YouTubers now, is that they just sound like sales people now. I'm sick of hearing how hearing them tell us how they are sponsored by this manufacturer, but that biase their opinion of a product made by the same manufacturer. Of course it will. Negatively review something a sponsor makes and say goodbye to that sponsor. I mean, for god's sake, we call them influencers!

I reported problems with software updates to FileZilla and Thunderbird in 433.

Since then, in an effort to start YouTubing, on Friday I installed OpenShot, but it didn't even start. I tried ShotCut next. The shotcut.exe process loaded, but failed to start the program.

These problems seem to be widely reported. Is anything happening? No. Magnifico. Simply spiffing.

Did I gaslight myself and scapegoat China? Do you remember me saying my show wasn't available in China on Apple Podcasts? Since I enabled it, I'm wondering whether I removed the availability of my show from China ages ago then convinced myself that China or Apple did at at China's request.

Not important, it's now in China on Apple Podcasts and it's sticking.