CRRRRS 445 Doctor Who: The Leisure Hive 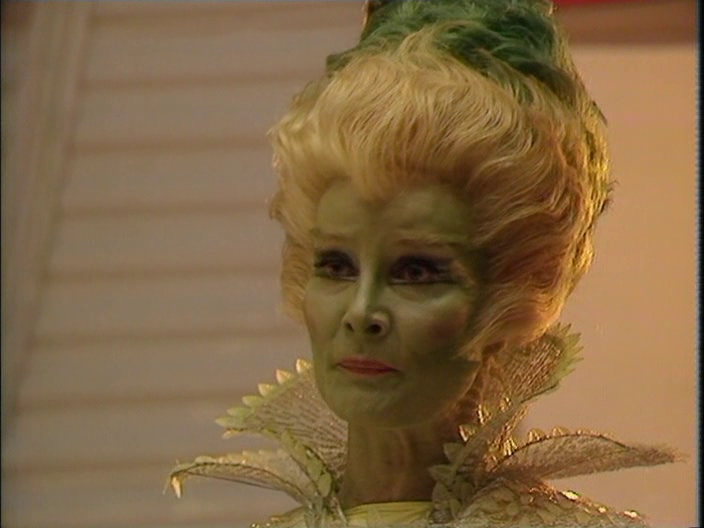 Migraine, skin conditions, stress, tiredness, Tourette's, aches and pains, a general state of fed upness, you name it, I'm feeling it. Even cider and cake isn't going to fix that.

I'm also troubled by the state and format of my podcast, as you can probably tell from the constant changes, my lack of decisiveness, and all the nonsense I spew on social media.

I'm not sure what I'm going to do. The show's going to continue, of course, absolutely no doubt about it, but I'm sick of not being able to maintain a consistent format after 9 years. For the 10th anniversary, I want these matters settled.

David Bowie's brilliant Ashes to Ashes was number one in the UK.

I was one year into a 4 year sentence at a revolting and useless money pit of a private school, that has long since pivoted to a posh nursery. Good riddance.

On holiday on Brighton beach, and hiding from the Black Guardian, Romana goes for a walk and throws a beachball. K9 chases it into the sea and explodes.

Romana suggests the recreation centre; the Leisure Hive on the post-war world of Argolis, with it's regenerative experiential grid.

The Leisure Hive has financial problems, so an Earth man, Brock, offers to buy the planet on behalf of their ancient enemy, the Foamasi. The Argolins refuse.

The Argolin leader Morix dies from the accelerated decrepitude suffered by all Argolins as a result of radiation from the war, and Mena, also ill, takes over.

The Doctor witnesses a death resulting from the sabotage of the Tachyon Recreation Generator.

Another Earth man, Hardin, a scientist, is developing a rejuvenation therapy for the Argolins, who are sterile and dying out. The Doctor and Romana, caught trespassing, are tasked with assisting Hardin. They discover, though promising, the results are fabricated.

The Doctor is blamed for the death of another Earth man involved in the purchase offer.

Mena's volunteers to test the system due her rapidly progressing death process, but Hardin suggests the Doctor is used to test the machine. A malfunction ages him by 500 years.

Power-mad Pangol reveals he is the only successful result of a clone experiment to cure the Argolins of their affliction.

Brock and his solicitor Klout are shown to be disguised Foamasi mafia.

Pangol creates an army of clones. The clones turn out to be facsimile image copies of the rejuvenated Doctor, who sabotaged the machine with the TARDIS Randomiser.

Hardin, in love with the dying Mena, puts her in the machine.

The stymied Pangol, enters the machine too, but the Doctor has set it to rejuvenate, not copy. The Doctor throws the ancient Helmet of Theron at the visualising crystal, halting the process. Mena emerges rejuvenated and well, and holding a baby Pangol.

The Doctor and Romana leave the Argolins and the law-abiding Foamasi (i.e. the non-mafia Foamasi) on peaceful terms. The Doctor also leaves the TARDIS Randomiser behind. Romana says that this will make them open to attack by the Black Guardian. He replies that he's fed up of not knowing where they'll end up next.

The opening shot on Brighton beach, with the camera slowly lingering on beach tents is incredibly slow-paced and tedious. On Wikipedia, there's an uncited claim, I couldn't verify, that it was JNT's homage to Luchino Visconti's art movie Death in Venice (1971).

Right off the bat, they killed K9! On the special features video, JNT says K9 was silly and expensive (GBP 20K), like the sonic screwdriver; too "magic" and useful, and, along with Time Lady Romana, made the Doctor far too powerful, and besides, Tom Baker hated K9. JNT brought John Leeson back just to be K9 one last time, before unceremoniously plunging the poor pooch into the drink. And just as I was re-developing my affection for the little chap. But JNT was right and we've talked about how, similarly in New Who, the Doctor is too godlike, reducing the thrill of peril in the plot.

The special features videos shows us how K9's dismissal was a portent of Tom Baker impending departure. Baker was both tired of playing the role for so long and with being at creative loggerheads with Nathan-Turner, who wanted to stretch his wings.

Originating from the Armageddon Factor (pod 420), the Randomiser from the TARDIS is left behind on Argolis.

Apparently, there was a new third and last version of the classic Doctor Who TARDIS prop commissioned, but I did not notice the difference while I was watching.

The ancient Argolin Helmet of Theron helmet is an amazing prop; like a massive version of the Corinthian helmet. Combined with the flowing robes and bee-like attributes, I was reminded of James Faulkner's superbly alien, Mr. K---with his weird helmet, robes, and bee gun---from The Martian Chronicles.

I loved the Doctor's new wardrobe; a soft red outfit; an altogether smarter spin on the original scruff. It looks very comfortable and I wouldn't mind something like that myself.

The Doctor undergoes two traumas in this story. He is seemingly torn limb-from-limb in a scene that rather disturbed me, though it turns out to be an illusion. He later ages rapidly by five hundred years. As a physically old man, he looks marvelously wizardy.

I liked the bee-like nature of the Argolins. I was impressed (and sad) with the grace with which the peaceful aliens succumbed to the terminal phase of the lives. Their biology is fascinating, with those head cones slowly depleted of beads as their final death processes draw near. I also liked their look. Tall, green, graceful, and elegantly dressed humanoids, with an impression of iridescent scales and a couple of translucent, diaphanous, insect wing-like material touches to their flowing outfits. They are Vulcan-elf-bees. The story's got "Hive" in the title after all.

The Foamasi, on the other hand, look ridiculous. They are like stuffed plushy soft toys, rather than sinister reptilians. How the huge Foamasi fit inside a human suit is not exlained.

I liked the relationship between Mena and Hardin. I thought the way he was so protective towards her was sweet.

I should have mentioned the theme music, so let's do that now. The new theme music, commissioned by JNT to be more spacey, was indeed properly sci-fi and modern and dynamic and, dare I say it, more metal, though it was largely played on a selection of expensive synthesisers by Peter Howell of the BBC's Radiophonic Workshop (another young person). It was only used for a few seasons, but is probably the theme music I remember best, after the classic theme by Delia Derbyshire and Dick Mills, also members of the BBC Radiophonic Workshop. In addition, the new season 18 star field end credit graphical animation added to the science fiction effect. (Inserted while editing audio, on 2022-06-18, at 01:25:42).

On a special features video, Jonathan Nathan-Turner said he didn't arrive on the show with an agenda for change, but then, rather contradicting himself, says he had long planned substantial changes sometime before, while working on the show. He takes a poke at the silliness of Douglas Adams scripts and K9, which I thought was fair.

He was 29 years old when he took over the show. 29?! That's both impressive and depressing. And get used to hearing his name mentioned as producer because he was the last and longest classic Doctor producer.

He sadly had a quite short life and died in 2002. RIP John Nathan-Turner.