CRRRRS 453 To Infinity and Beyond! 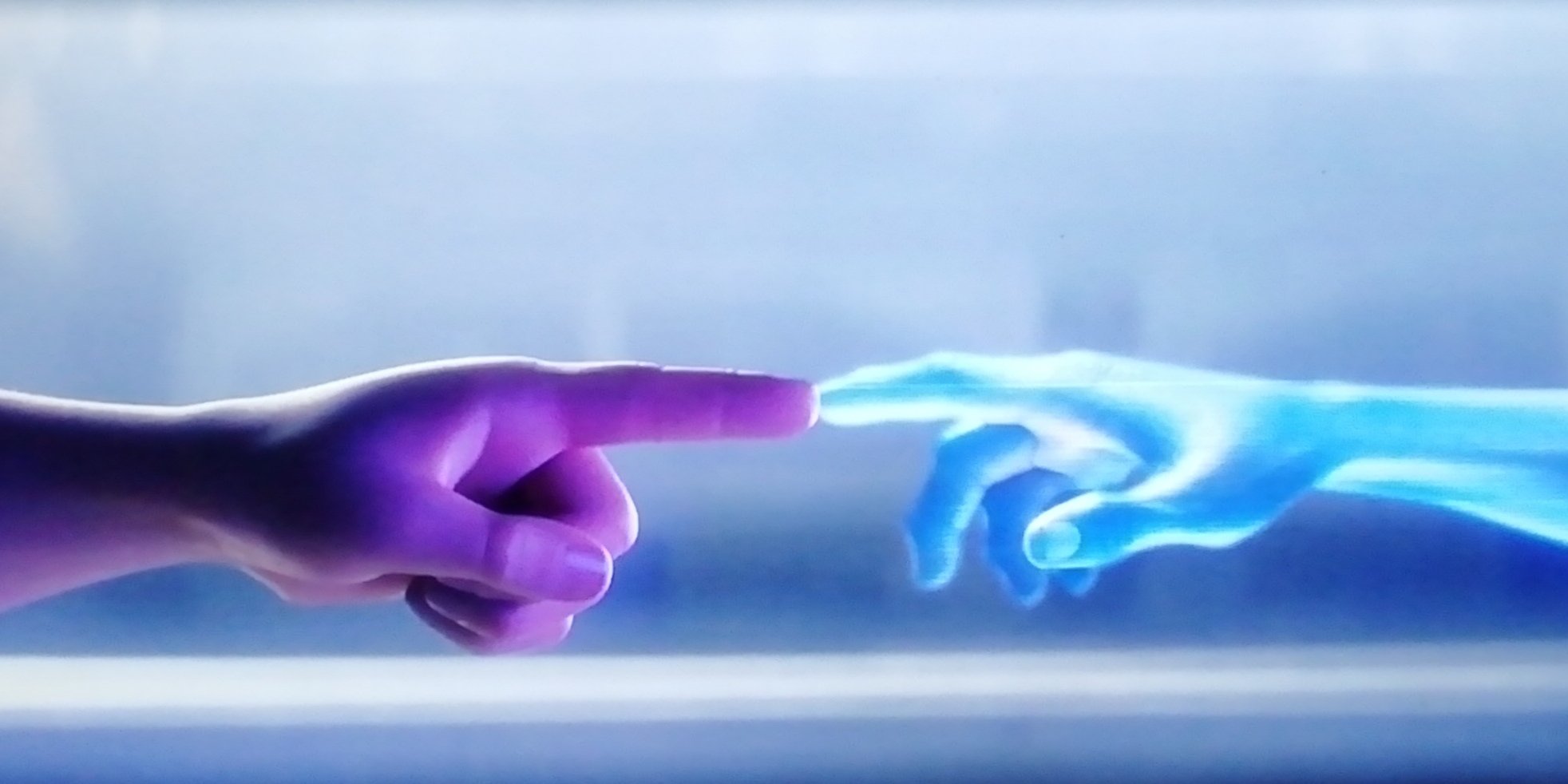 Horror dream 2022-07-30 09:30: a hunter at a market stall asks for larger and larger tools for dismembering... something. Eventually, the stallholder gives him a blood splattered contraption that looks like multiple shears attached to a toothless rake. We all laugh uproariously.

I've had several bizarre dreams since writing the above (these shownotes have been cooking for some time), but I won't irritate either of us further.

This isn't a celebrity obituary show, but recently there has been a spate of deaths of people who meant something to me as a scifi buff.

In the order in which they were announced, let's start with singer and actor, Bernard Cribbins. Pre-NewWho's old soldier Wilfred Mott, I remember him mostly from Daleks' Invasion Earth 2150 A.D. from Milton Subotsky's Amicus Productions in which He played hapless Constable Tom Campbell. He had a long and prolific film and TV career too. I totally forgot he played likeable station porter Albert Perks in The Railway Children, and narrated The Wombles. I loved The Wombles!

Next, David Warner. His long face, lanky physique, great acting chops, and prolific stage, TV, and particularly film career was a fixture of my childhood, but he continued working right into my middle-age. His casting in geeky films made him a favourite of mine: The Omen, Time After Time, Time Bandits, Tron, Star Trek V: The Final Frontier, etc. What an incredibly long spanning career!

Nichelle Nichols: this one got to me. I remember as Lieutenant Uhura, particularly in that scene from the Star Trek TOS episode Charlie X, singing Beyond Antares with Spock accompanying her on his Vulcan lyre. Nichelle Nicholls as black woman bridge officer, together with Asian starship pilot Hikaru Sulu (Walter Takei) in the 1960s? Sadly, that's revolutionary even today. Farewell, Nyota Uhura, and I'll see you beyond Antares.

Finally, Olivia Newton-John. I remember her from mostly from Grease, which my mum took me to see. We sat through that film three times in a row---something you were allowed to do back then---at the ABC in Catford (I think). Summer days drifting away...

This is a Disney and Pixar 2022 animated movie in which Space Ranger Buzz's recklessness cocks up a deep space mission, leaving the crew stranded many light years from Earth.

The story was too on-the-nose, too overly derivative of other films, like Disney's The Black Hole, and is utterly pointlessly meta. Onscreen text says this is the movie that inspired the toy from Toy Story. Why?! However, the lovely spacey effects and heart warming relationships stole it for me. I also loved the talking robot therapy cat, prescribed to Buzz for his PTSD, who turns out to have R2D2-like abilities. I did not know robot cats can hack computers by sticking their tails into sockets. I also liked the portrayal of astronauts' right stuff---intellect and arrogance---as maybe not such a great combination after all.

It didn't do well at the box office, or critically. The fact that I don't agree with that, is exactly why I avoid reviews before writing my own and I encourage other reviewers to do the same.

A bad 2010 horror film about teens on a Langoliers-like flight to hell, and one character with an The Medusa Touch-like power in this Twilight Zone-like story, with a time twisting ending.

Promising? Yes, but poorly and boringly executed, and truly hateable characters were what really made it stink, making it impossible to care what happened to them.

Released 2019, this film is about tea drinking, fighty, spanner-throwing British racer Ken Miles, who allies with legendary car designer Caroll Shelby, who has made a deal with Ford to take the GT40 first across the line at Le Mans and trounce Ferrari.

Christian Bale is great as the incredibly difficult Englishman, as is Matt Damon as the charismatic Caroll Shelby, but they look a lot better than their real-life counterparts; hardly unusual for a Hollywood re-telling, but it really stands out here.

I enjoyed the drama, the characters; especially Shelby, the cars; especially the AC Shelby Cobra (of course), but the ending was an unnecessary downer that should have been left of the cutting room floor.

This season young Kingpin, Franklin Saint (played impeccably by Damson Idris from South London), tries to extricate himself from the drug business and go straight.

He is stymied by ex-CIA officer, Teddy McDonald (Carter Hudson), now an asset, who deals himself back into the game because he's a control freak. As ever, he seems nice, but is evil, but just doesn't know it, though he does have great vintage Carrera-style sunglasses.

The season ends with Franklin's money spirited away by the CIA, and him declaring war on Teddy... with the help of the KGB.

The central theme of the drama is that the CIA facilitated the US supported Nicaraguan Contras cocaine trade. This funded their war against the socialist Sandinista government of Nicaragua. A lot of the cocaine found it's way on to the streets of LA because of this. As for whether the CIA were really complicit? It does not seem implausible, as we are talking about the same intelligence agency that ran Air America in Laos, purportedly helping the transport of heroin of their anti-communist allies. More recently, there have been accusations that Afghan opium kingpins have also been CIA assets. Several major US government enquiries and an American pop culture rife with stories based around these suspicions suggests something terribly fishy has been going on for many years, but as I'm not an investigative journalist, we'll leave it here.

If you can stomach the incredible violence, language, depressing topic, but enjoyed Breaking Bad, this drama from John Singleton, and more latterly Walter Mosely, is easy to recommend.

Did I mention this before? Those ITV remakes of The Ipcress File, Maigret, Titanic, Doctor Zhivago, etc. Are they any good?

I've only seen a few episodes of the Ipcress File; so far, it is good. It is true to the Harry Palmer character, but good as it is, it isn't for me.

I suppose these are ITV's attempt to introduce screen classics to a younger generation. But I wonder at actual viewer demographics, as even the new version of The Ipcress File seems older fashioned than the original movie.

Whatever the case may be, as a very longstanding fan of the Harry Palmer Michael Caine films and Len Deighton's novels (The Ipcress File, Funeral in Berlin, and Billion Dollar Brain), I don't think these reboots are for me. The originals are enough, and that also goes for the rest of these reboots, especially Omar Shariff's Doctor Zhivago; a perennial Mathur family favourite, so I'm out.

So much for the much praised netbook. Unfortunately, it emits a high-pitched fan noise picked up by my mic, and even a sideways glance at the power socket will disconnect the dratted thing.

Thus, I have returned reluctantly to the embrace of ye olde Mac Mini 2012. (A temporary measure, as I was to find out later that scrubbing in Audacity on this Mac was unusably slow). By Happy happenstance, I did work out how to increase the keyboard repeat rate, which means I can now use TextWrangler dying of old age. In Text Wranger preferences, I also found a setting to make the Home, End, PgUp, and PgDn keys work correctly.

Why not Vim? Have you seen the state of MacVim? I don't know how to configure it yet and I'm hoping this is temporary, so motivation equals zero.

I have also installed apps to make Mac life less unbearable, like window manager Spectacle and clipboard manager Jumpcut, and tweaking every setting imaginable because Apple doesn't want you to stray from the crib. It's the Apple way or the highway. The sooner this hell over, the better. Why? Unfortunately, most of my tool chain---many decades of curation---consists of 32 bit Windows software.

I'm really done with Reddit and all other online forums. I'm fed up of petty mods looking for fights and I'm not playing their game.

If there is enough interest, I might start an IRC channel for listeners of CRRRRS. This isn't the first time I've tried something like this and wasted a lot of time setting it up, only to have too few participants.

On the lighter side, while I'm not a member of Stack Overflow, I came across this from a disgruntled mod: "Stack Overflow is not a free code-writing or tutorial service." As we all know, that's exactly what it is!

I tweeted to my followers that I would take a week long break from Twitter starting late Saturday night Friday night (2022-08-05 22:43). Almost immediately, I noticed I had lost a follower.

Not that I've tried any in an age (see many previous pods), but since I recently uninstalled Hinge from my phone, I thought I'd mention that.

At the end of pod 452 (Doctor Who: Full Circle), in a post-blooper reel segment, I tried to correct my mispronunciation of "Emboitement", as in Charged Vacuum Emboitement (CVE). Instead, I mispronounced it again. What a wally.