CRRRRS 454 Doctor Who: State of Decay 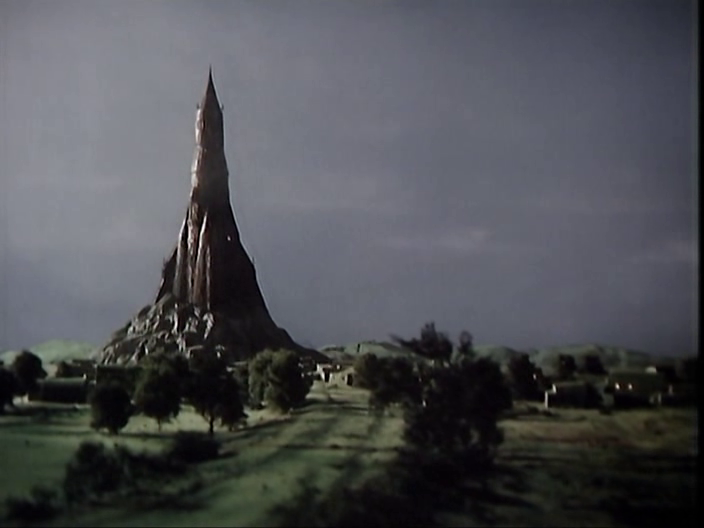 The heat's gone and replaced by equally miserable humidity, but little rain in the South Midlands, at least until the heatwave returns on the 29th to kill us all.

Sorry about the additional delays in putting these episodes out. Bear in mind I'm a solo operation with no money and a very hectic life. My main delay is due to computer issues, like no actual reliable computer. Don't worry, you may hear about it soon.

While I've given up on release schedules, the order of release will remain the same. However, there might be an additional third off-topic show, in which I only talk about myself and topics not directly related to SFFH, like technology, creative, etc., an "after after show show" if you will. This would mean the two other shows would be more focused. To recapitulate, CRRRRS comprises of a pop culture review show, a retro media revisit show (classic Doctor Who at the moment), and perhaps an off topic show, unless I drop the third show idea and that stuff gets shoved into the main show as usual. I just can't make up my mind. What do you think?

The Tide Is High by Blondie is number 1 in the UK, and insanely hot Hollywood star Mae West died.

Still trapped in E-Space, the Doctor, Romana, K9 arrive on a Medieval planet, it's single village ruled from a sinister tower.

Adric, who stowed away unbeknownst to the crew of the TARDIS in Full Circle, leaves the TARDIS despite warnings from K9.

Adric is captured and taken to the tower, and later so is the Doctor and Romama.

The Doctor and Romana realise the structure is the Earth spaceship. The rulers are the original crew become mutated vampires, while the peasantry are a descendants of the colonists. Delving further into the ancient ship, they find the dessicated husks of previously drained villagers and a fuel tank filled with blood.

A rebel, Tarak, an ex-tower guard under the leadership of elderly scientist Kalmar, rescues the Doctor and Romana.

The Doctor returns to the TARDIS, while Romana and Tarak attempt to rescue Adric, but the vampires, Zargo and Camilla, attack. The third vampire, Aukon, halts the attack as he wants Adric to be the Chosen One , i.e. a human worthy of joining them as a fellow vampire, and to sacrifice Romana to his master, the Great One, the last vampire king, who fled the war with the Time Lord by escaping into E-Space.

Back at in the TARDIS, with K9's help, the Doctor learns the secret of killing vampires; a steel bolt through the heart shot from a special bowship. Then he joins the rebels and, with K9's help, attack the tower.

At the tower, the Doctor sets about killing the Great One. The spire of the tower is made up of three slender slivers, each comprising of a scoutship. He programs one to travel straight up until it runs out of what little power remains in its engines, then gravity brings straight back down; it's arrowhead-like metal hull spearing the body of the emerging monster. With their master dead, the three vampires crumble to dust.

The Doctor repairs Kalmar's salvaged computer, allowing the rebels access to knowledge of high technology. He leaves them free to rebuild or leave, though he can offer them no way to exit E-Space as he says that knowledge died with the vampire king.

Our friends return to the TARDIS and leave, with the Doctor saying he will return Adric home to the starliner.

Mind-controlling, posh, rich, parasitic, vampire nobility, in their sinister, spindly tower, with swarming bats to do their bidding, lord it over the occasionally snacked upon lowly peasantry. State of Decay refers to this stagnant, technologically backward society with villagers enslaved and bred like cattle by their decadent elite masters. Welcome to planet goth.

Given the state of how we in the UK seem perpetually ruled by governments made up of the posh and rich, I was struck by dialogue spoken by Kalmar, an elderly scientist with rather unique thin plaits draped over his bald pate. He said, "...The Lords rule in the Tower, the peasants toil in the fields. Nothing has changed in a thousand years." Not, of course, that our Earth politicians are blood sucking vampires. Perish the thought.

Stowaway Adric does his useless best to saunter off and get nabbed by the bad guys.

There's cringe worthy campy vampire moves from the king and queen, who hiss and prance about as they attack as Romana and one of the natives trying to rescue Adric. It was very embarrassing to watch.

Romana looked every inch the fetching gothic maiden victim as she was laid out on an altar to await sacrifice, in a way befitting a Hammer horror movie, before a bat mauled her neck, leaving a couple of puncture marks.

There's excellent and enjoyable pre-Rassillon Time Lord lore that we learn. The Doctor relates to Romana his memories of a ghost story told to him by an, "old hermit from the mountains of south Gallifrey." He tells her of an epic war between Time Lords and the vampires, a war so bloody, it caused the Time Lords to become, "sickened of violence forever." Finally, there are emergency instructions built into Type 40 TARDISs of how to destroy the vampires.

Pre-influences: Mario Bava's Planet of the Vampires, Larry Niven's A Gift from Earth, in which an elite ex-space crew rules a planetary population from which they harvest organs, Colin Wilson's Space Vampires, and a bit of Hammer schlock thrown in. It post-influences: Lifeforce, an entertainingly terrible and very loose adaptation of Colin Wilson's Space Vampires and Midnight Mass, in which the vampires had a similar ultimate aim of swarming out from their nest and being a right and proper pest to all and sundry.

In conclusion, it's a comforting and familiar watch for horror fans. There are grisly scenes, like the discovery of dessicated corpses and a tank full of blood. there are also a trio of gothy vampires with time-appropriate 1980 post-punk eye makeup (well, actually more 70s Kiss, or death metal). It reminded me of my own very time-inappropriate look from the late 80s. Screw that, I looked amazing in silver black and turquoise makeup. Honestly.

What do we learn from this story? Much the same as with any other story in Doctor Who: don't mess with the Time Lords; something the last king of the vampires learns to his cost.

The TARDIS accident dentally enters E-Space in Full Circle (452), via a Charged Vacuum Emboitment (CVE) and remains stranded in E-Space for three stories.

These stories were packaged and sold as the E-Space Trilogy in 2009, in either a VHS or a DVD box set (comprising of Full Circle, State of Decay, and Warriors' Gate).

E-Space, or Exo-Space or the Exo-Space-time continuum, is a small universe, as opposed to our N-Space or Normal Space universe, and TARDIS coordinates are negative in E-Space.

Black Park, Buckinghamshire is near Pinewood Film Studios, and also not too distant from Hammer Film Productions' Bray Film Studios.

Regarding cult Brit sci-fi, as well as filming Doctor Who scenes in Full circle and State of Decay, it was used in Blake's 7: The Web and as Retha in Space: 1999: The Full Circle.

According to a largely uncited wikipedia entry, it was a stand-in for Transylvania in The Curse of Frankenstein, The Brides of Dracula, The Curse of the Werewolf, and Dracula: Prince of Darkness. It was also used in the Harry Potter films, Jurassic World Dominion, and as Switzerland in Goldfinger, to name but a few.