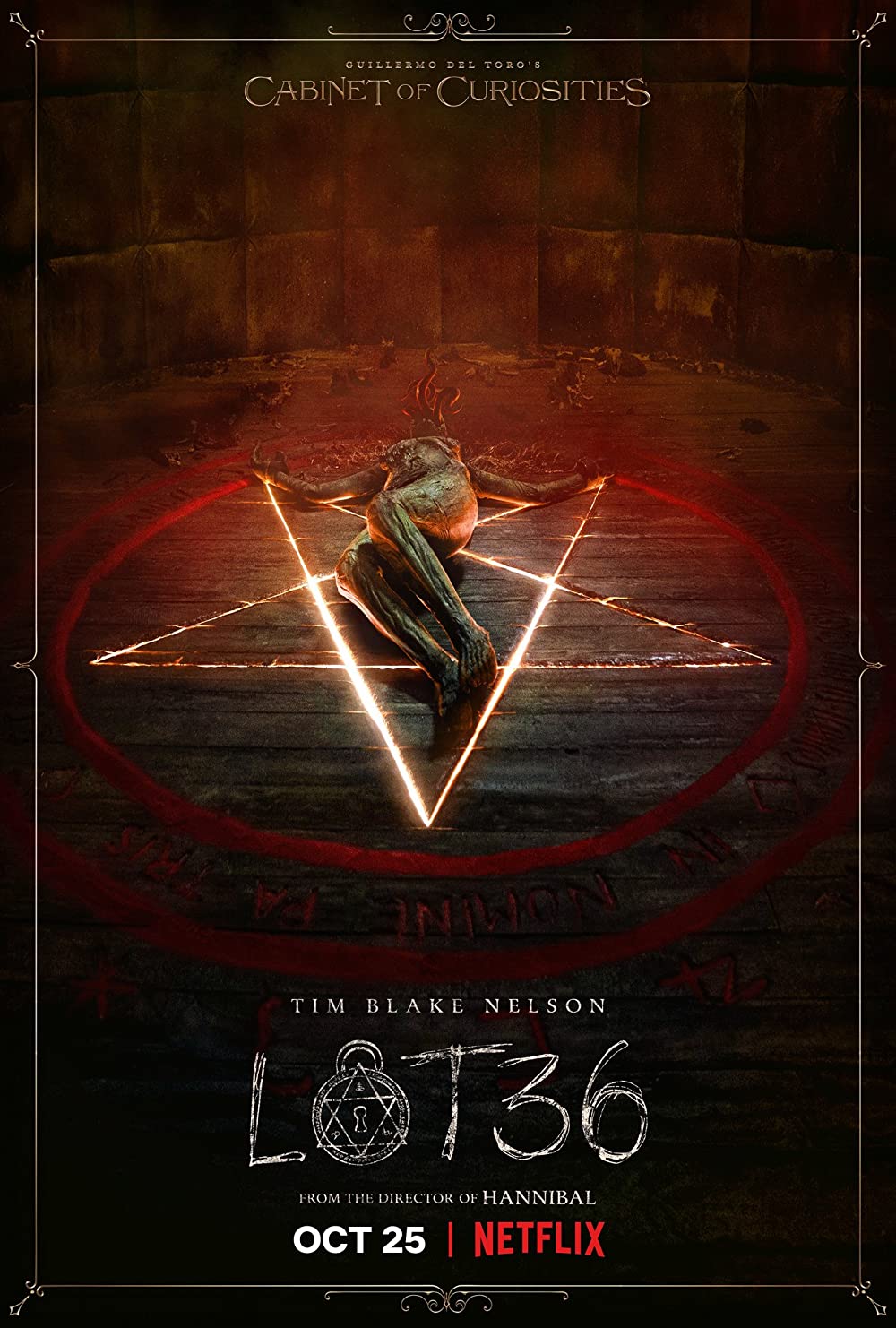 Let's have a preshow and aftershow with what I'm going to coin an, "amuse-tete". That's like how an amuse-bouche is a chef's signature mouth pre-course treat, but for the head. I make no claims that anything I say will actually be funny because declaring a story is going to be funny before relating it never works out well. Audiences are bloody ingrates.

While barely passing its MOT, after a multitude of expensive repairs, the Millennium Falcon is coming apart at the seams. As well as the many many advisories, the rear signal light decided to randomly fail. Apparently, the lamp makes a superb swimming pool. I've drained it, but a day later it was up to its old tricks again.

If it's not car bills, it's ripoff energy bills (and the continuing hassles caused by an Ovo Energy engineer repeatedly failing to attend appointments at Castle Royenstein), or some other UK-based business's ripoff, scam, or utter incompetence.

Ripoff UK or Scam UK could and should be the name of a hardcore 80s punk band. My gift to you, if you are anarchist time travellers, or naffsters---oh my god, another Royism... and another!---looking for a retro band name. Just credit me, pay me royalties, and support the show via the link.

Irony alert! Earlier today I stepped in dog mess... right in front of a poop bin.

There was a lot of poop. I don't know what that dog was eating. Another dog, perhaps?

Expect Fewer Tweets From Me

It's nothing to do with that abysmal git, Elon Musk, just my disenchantment with social media that's driving this.

I only joined in 2010 to connect with other geeks. That engagement, as you can quite clearly see from my Twitter feed, never amounted to much.

Besides, why waste my words on someone else's platform, when I can use them in my podcast?

I Was Haunted by a Ghost

Last Tuesday, between 01:00 and 06:00, I was haunted by a presence. It came into my room, fussed over the bedding, sat for a bit; warming the mattress, then left. I was half asleep until it left, then awoke rather sharpish.

It was probably only a waking dream. I was, after all, totally buggered from just taping a pod. Unless, of course, the maniac with the long fingernails, who lives in my attic (refer to previous pods) has suddenly become helpful.

Guillermo del Toro strikes a deliberate Hitchockian pose, reminding me strongly of Jordan Peele doing a Rod Serling at the beginning of The Twilight Zone (2019), as he introduces his 2022 TV horror anthology series. He splains that a cabinet of curiosities was once a rich gentlemen's conversation piece and then the story starts.

The first of the anthology is the story about a repellent miserable racist bellend, who makes a precarious living selling off the contents of abandoned storage units. This storage unit in question belonged to a Nazi occultist, who sacrificed his sister to entrap a demon hidden in a secret chamber. The protagonist awakens the hungry demon and is consumed, screaming, after a woman he previously racially abused refuses to help him escape the locked warehouse.

The First story reminded me vaguely, in terms of grot, low-lifery, and dread, of Karl Edward Wagner's Where the Summer Ends.

The end twist, was limp and added nothing to the story, other than satisfying my need to see the racist protagonist get his well-deserved comeuppance.

The purpose of this episode, and the anthology one assumes, therefore, is not clever storytelling, but simply as a vehicle for the well-executed grand guignol endpiece, especially given del Toro's taste for grotesquery and abilities as a graphic artist.

Peter Capaldi is, of course, not Doctor Who in this British Amazon Prime Video thriller, in which he plays someone who can time travel, regenerate, and has the power of precognition. No, really, and it's also produced by ex-NewWho showunner, Steven Moffat.

Capaldi's Gideon Shepherd Ground Hog Days his way through each life, violently righting wrongs, though fans of the good Doctor should note that he doesn't have much screentime. The story is actually focussed on a mother with a strangely unfeeling child, who appears to also have this looping ability, though for her it manifests as particularly disturbing spells of deja vu.

The ending is pah! However, I enjoyed the miniseries, though not nearly as a much as ITV's The Sister, which starred Russell Tovey, another actor with Whoish cred (Alonso on Doctor Who).

In a way, it's refreshing seeing an ex-Doctor Who actor playing to type, and Capaldi is very very good playing a mysterious and sinister weirdo. The general habit, post-Who, is to play against type. For example, David Tenant in Harry Potter and the Goblet of Fire (2005) as nasty little Barty Crouch Jr. and as the titular character in the RSC's Richard II in 2013, Billie Piper and Matt Smith in Secret Diary of a Call Girl, etc. Although, now that Capaldi has already played a Who-like character twice; he also played Gaius Grieves, "The Thinker", in The Suicide Squad (2021), I wonder what he'll do next.

I have watched every single episode of The Walking Dead since it began in 2010.

Now that I have seen the final episode, I'm sad, but also relieved to say goodbye.

I'm aware of the whole The Walking Dead Universe of spinoffs already made, and in the making, but I have no more than a cursory interest in those series. With the main show ending, so has my time invested in this world.

Andor has just finished. I am enjoying the series and I am very much looking forward to the second season.

This is a delightfully demented 2020 horror comedy, set in the UK, produced by Sony Pictures Televison and Simon Pegg's and Nick Frost's Stolen Picture, and available on Amazon Prime Video.

It is about an amateur ghost hunter/5G installer, Gus Roberts, played by Nick Frost, and his extremely reluctant new partner, Elton John (yes, really), played by Samson Kayo. The tension cranks up when they encounter a haunted young woman and an insane cult leader's conspiracy.

The dog scene genuinely horrified me, though I loved the Scoobyish van. I thought Simon Pegg was largely surplus to requirements, though he did a bit of his amusing signature pratfall running towards the end. The show has a very Edgar Wright influenced plot and look, with a bit of Spaced and Doctor Who thrown in. You're probably going to like this if you are a fan of this podcast.

It was sadly cancelled after one season, but it's mostly tied up at the end, so enjoy it.

I caught up with the latest Rick and Morty season 6 on Channel 4.

It's as good as ever. I'm estimating it's going to run and run; at least as long as Futurama.

Back to the Future

I tried to avoid it, but the spoilers are coming on thick and fast from the Beeb, which is something I've always hated about New and even Old Doctor Who.

I already know more than I want to know about Ncuti's companion, but I'll spare you the pain of spoilers.

Doctor Who and Disney

Disney+ will distribute Doctor Who outside of the UK and the series will be produced by Bad Wolf (backed by Sony) and BBC Studios Production, in exchange for some of that big big Disney money. (Source: Television Business International).

A press release said the BBC and Disney will have a, "shared creative vision" and the show will be, "transformed into a global franchise", while remaining "quintessentially British". (Source: iNews).

Even taking into account Bob Iger's return, ousting Bob Chapek, and assuming Disney, Star Wars, Marvel, and now Doctor Who are organisationally and financially in safe hands, who knows what the future holds?

What does it mean for content? Are Disney going to stamp their own brand and values on the series? They've already said they will have creative input. Though Disney are generally good with inclusively, at least in recent history, I can't help wondering if the typically intensively political Doctor Who storylines will survive the need to sell in every market around the world.

Will there be ghastly Disney/Marvel/Star Wars/Doctor Who crossovers? I'm a fan of all those franchises... separately, so, gods, I hope not.

Bigger budgets are generally welcome (if they don't lead to creation by committee), as are access to actors who are actually American when genuine American accents are required. But there is also the fact that Disney is too big, owns too much through their many many acquisitions, of which the aforesaid mentioned are but a few, and now sound like an giant, unwieldy, anti-competitive monopoly.

Possibly about a month ago I watched The Walk In, an ITV drama about the fall of a UK neo-Nazi group, National Action, through a whistleblower.

It's fascinating stuff and shows what civilian activists, like Hope not Hate, can do to stop these wannabe terrorists.

On non-geek TV, I watched the BBC's SAS Rogue Heroes, which, after a little digging, took some liberties the true story, but not as much as I thought it would. And, much as I love ACDC---and I understand they were going for a Mad Max/Inglourious Basterds vibe---I don't think it worked as a soundtrack.

Being interested in exploration, I was, however, impressed by one of the side characters, LRDG and SAS navigator, Mike Sadler. There's a video of him on YouTube being interviewed by the actor who played him.

I also watched Granite Harbour on BBC iPlayer, about a Jamaican military police officer, seconded to the Aberdeen murder police.

It's average fish-out-of-water copshop fare, but it's only three episodes.

I've been playing my banjolele, while watching Twitter, Meta, and Amazon fire thousands, and Theranos's Elizabeth Holmes get eleven years; things are not looking good for FTX's Sam Bankman-Fried. It's all falling to bits. Nero? Pah!

But now that the extreme right-wing nuts are coming back to Twitter, should I still use it? Yes, because, quite apart from my limited used of the platform, the hilarity of Musk's continual cockups (variously coloured and types of verification symbols, etc.) and his sucking up to Apple, I can't think of a better way to consistently be a thorn in the side of Nazis and Elon fanboys, than by stubbornly staying on.

Artemis I (final ten second countdown above), the uncrewed flight test of the Space Launch System and the Orion spacecraft around the Moon, launched successfully recently.

Artemis II will be a crewed flight test of the same in 2023.

Artemis III plans to land the first woman (at last) and the next man on the Moon, when they (finally) return in 2025.

Qatar, current host of the World Cup, has a less than favourable record on human rights and the treatment of migrant workers who built the infrastructure for the World Cup.

Stung by a wave a criticism, the head of FIFA, Gianni Infantino, accused Europe of hypocrisy for condemning Qatar, pointing out the many migrants who died, and continue to die, trying to reach Europe.

This is, of course, an utterly flawed argument. Europe and the UK definitely do have an appalling record in their attitude to, and treatment of, migrants, but that does not excuse Qatar in any way whatsoever.

Dad, who has a very minor hip and knee problem, was offered the only stick available by his physiotherapist. Dad is not a tall man, but this was a walking stick for Hobbits, or Igor's absurdly tiny stick from Young Frankenstein.