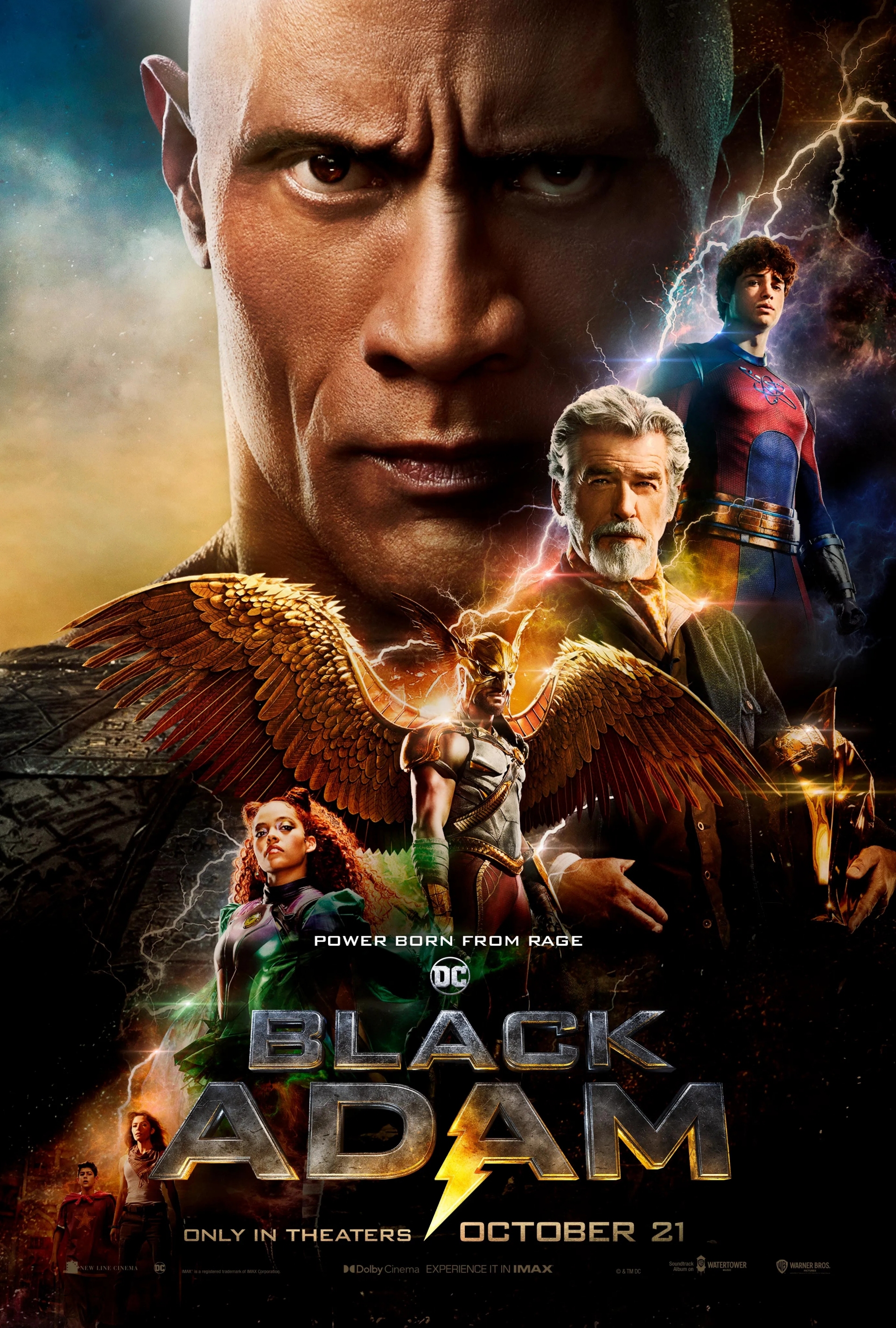 Read into that what you will.

Rishi Sunak, as the very first British Asian UK Prime Minister, is a milestone and something to be impressed by, and, as a British Asian myself, I am impressed.

However, I'm also singularly unimpressed by Rishi Sunak's ministry, and increasingly put out by the series of nitwit miserable ministries, particularly, though certainly not exclusively, Conservative ones, that preceded him. The return of the Sus Laws, the war in Iraq, the Hostile Environment policy towards migrants, Brexit, etc.; what has happened?

What is it about the UK that makes us, year in and year out, consistently elect stinkers?

On the way to the local park's snow covered slope this morning, looking for a cheap sledge, I parked near a shop. I didn't find one, but I did get myself into an extremely minor fender bender on the way out.

Unfortunately, as we all know, there is no such thing as a minor ding with insurance companies and I'm still trying to sort out this infuriating mess.

Without a sledge, I still managed to go sledging today. How? On a cheap plastic dinner tray. And it worked!

Many many years after a disastrous school skiing trip to the Alps, when I succumbed to a nasty viral infection, this is only my second sledging experience. It's insane that also I lived in Canada for so long, even worked at the Winter Olympics, but didn't once go sledging or do any Winter sports at all.

I am so glad I grabbed the opportunity the moment it snowed because the older you get, the less time you have left. Make the most of that time, geeklings.

My mum is a year older today and frankly, it looks like she's doing better than her wreck of a son.

Teth-Adam is given superpowers c. 2000 BCE by the shazam wizards (I can never say this wih a straight face) to dispense justice in his country enslaved by an evil despotic king, who is trying to summon the powers of Hell through a crown forged with a rare native mineral. When Teth-Adam uses the power to wreck a deadly revenge that destroy's half the country, the wizards imprison him for eternity.

Fast forward to the present day and Lex Luthor et al's Intergang have once again enslaved Kahndaq and are searching for crown. Some rebels unleash Teth-Adam/Black Adam (Dwayne "The Rock" Johnson), and all hell breaks loose as he tears through Intergang.

Those are the bones of the plot, without spoiling too much, here are my thoughts.

Johnson plays Black Adam fairly low key. It's a performance respectful of the other actors, giving the cast the opportunity to breath creatively. However, the very reason you hire an actor like Johnson in the first place is to chew the scenery, particularly as he is the titular character.

The action takes place mostly in one small city in the Middle East. It is a miniscule arena for such over-powered superheroes to do battle. It feels claustrophobic.

It is yet another origin story (groan), but given my unfamiliarity with many of the characters, I'll let that go. All-in-all, it was a beautiful looking film, let down by slightly wooden acting from the principal players: Dwayne Johnson's Black Adam, Pierce Brosnan's Kent Nelson/Doctor Fate, and Aldis Hodge's Carter Hall/Hawkman. Ironically, the secondary cast was much better and special praise should go to the excellent comedic relief supplied by Mohammed Mustafa Amer, a Palestinian American stand-up comedian, who plays Karim the electrician. Proper spoilers, in 3, 2, 1... I will also say, Black Adam looks good on the throne, for the brief time he savours it before destroying it (good man), and the post-credit scene sees the return of Henry Cavill's vastly underrated Superman.

A Spy Among Friends

ITVX drama that blends fact with fiction in the MI6 Cambridge Five spy ring scandal of the 60s.

Homeland's Damian Lewis again plays a ambiguous bugger of an MI6 officer, Nicholas Elliott; another Cambridge knob. His Cold War cock-ups, including the escape of the traitor Kim Philby (Guy Pearce), if it was, if fact, a cock-up, left a cloud over his career.

It is an adaption of Ben Macintyre's novel of the same name. If you're into Le Carre, this is very John Le Carre influenced indeed. Just bear in mind, it's a work of fiction based on fact.

(Or How to Win Without Actually Cheating!); rewatched, enjoyed, though the bloody 1080p TV revealed Alistair Sim's prodigious ear hair.

It garners mixed reviews by the cognoscenti. They are wrong. This is an outstanding 1960 comedy about a hapless loser (Ian Carmicheal), learning to be a utter rotter under the tutelage of tricky Alistair Sim, and putting one over a real cad, played by gap-toothed Terry Thomas.

While watching the 13th Doctor regenerate in The Power of the Doctor, I didn't realise I had actually visited the place years ago on a road trip to Lulworth Cove in Dorset. The doughnut rock sticking out into the sea is the Durdle Door.

Apparently, the Lulworth Estate is in a huff that Beeb's filming might encourage geeks to visit the precarious and perilous promontory. I'd encourage you not to do this, but photograph it from a distance. Honestly though, if the estate feels that strongly, perhaps they should put up a fence.

It's a beautiful area in any case and well worth a visit.

I've talked about crap stuff from Poundland before. Refer to previous pods for that DOA mouse, and there're, of course, well-documented special Poundland shrunken versions of popular chocolates.

I recently went into Poundland, paid a suspiciously high amount at the till, but, of course, did not bother to check the recipt until a week later. Thanks to unclear and sometimes completely wrong pricing, through either incompetence or design, the bargain Wispas and detangling brush I bought weren't bargains at all. (A detangling brush is excellent for fluffing up furry garments. Don't get too excited, I'm talking about declumping a fleecy winter dressing gown).

Be aware that there are decreasing numbers of products in Poundland that actually cost GBP 1. You are probably better off in a supermarket.

My current ASUS based computer does not seem capable of installing BIOS updates via the UEFI or ASUS's AI Suite II. This means that there is almost no worthwhile update path through upgraded CPU and RAM available to me.

This is something to check if you are thinking of upgrading before succumbing to eBay madness.

I've had it with the SM58. It sounds like a bloke singing in the shower, and it's essy, clicky, and hissy. It's not a bad mic. Handling noise and ergonomics are fantastic, and it does a good job at rejection, but it's also a very average mic.

So, despite my dislike of the shape and size of the SM7B, I'm back to using it for the foreseeable future. It has a cleaner, more accurate, and warmer sound.

My mixing cans have been Beyerdynamic DT150s for a few weeks. Their enormous size is a mixed blessing. Good passive noise rejection; essential in my studio and around-the-ear (circumaural) fit, but they are so bloody massive that they press my jaw. You noticed I said "mixing", not "monitoring". That is because my hearing is so bad that if I were to use them to monitor I would have to crank up the volume to a ear destroying level. I just check at the top of the show whether all is well, then put them aside and watch the levels as I speak.

Black Friday saw me buying my first Bluetooth headphones ever; JLab Rewinds. Imagine Star Lord's Sonys, but Bluetooth. There have an average rating, but then at c. GBP 14, I thought them worth a punt. Once you switch the eq setting to extended bass, they are just about acceptable. But nothing---not the Beyers or the JLabs---beat my even cheaper JVC HA-S160 for sound.

Now that I have three sets of cans, I have repurposed a very nice unused Konig and Meyer mic boom desk stand as a stand from which to dangle my headphones.

I suffer from acid reflux and various snuffly conditions which play havoc with my voice, so I thought I'd finally try audio industry favoured Vocalzone Throat Pastilles. When I'm editing I'll be able to see if they worked.

Saturday the 10th of December 2022: morning. At a very busy supermarket---packed with people, queues, cars, and no parking spaces---I experienced one of those strange magical episodes. A car park space appeared and I sailed in, everything I wanted was in stock, I accidentally timed my arrival at the self-checkout to perfection and breezed up to a vacant machine, then sailed right back out of the car park, encountering zero traffic all the way home.

It's synchronicity, not magic, but it feels like magic, and perhaps that's what magic is in the end. Seasonal greetings, or nearly, and I hope you too experience the perfection of the beautiful bubble.