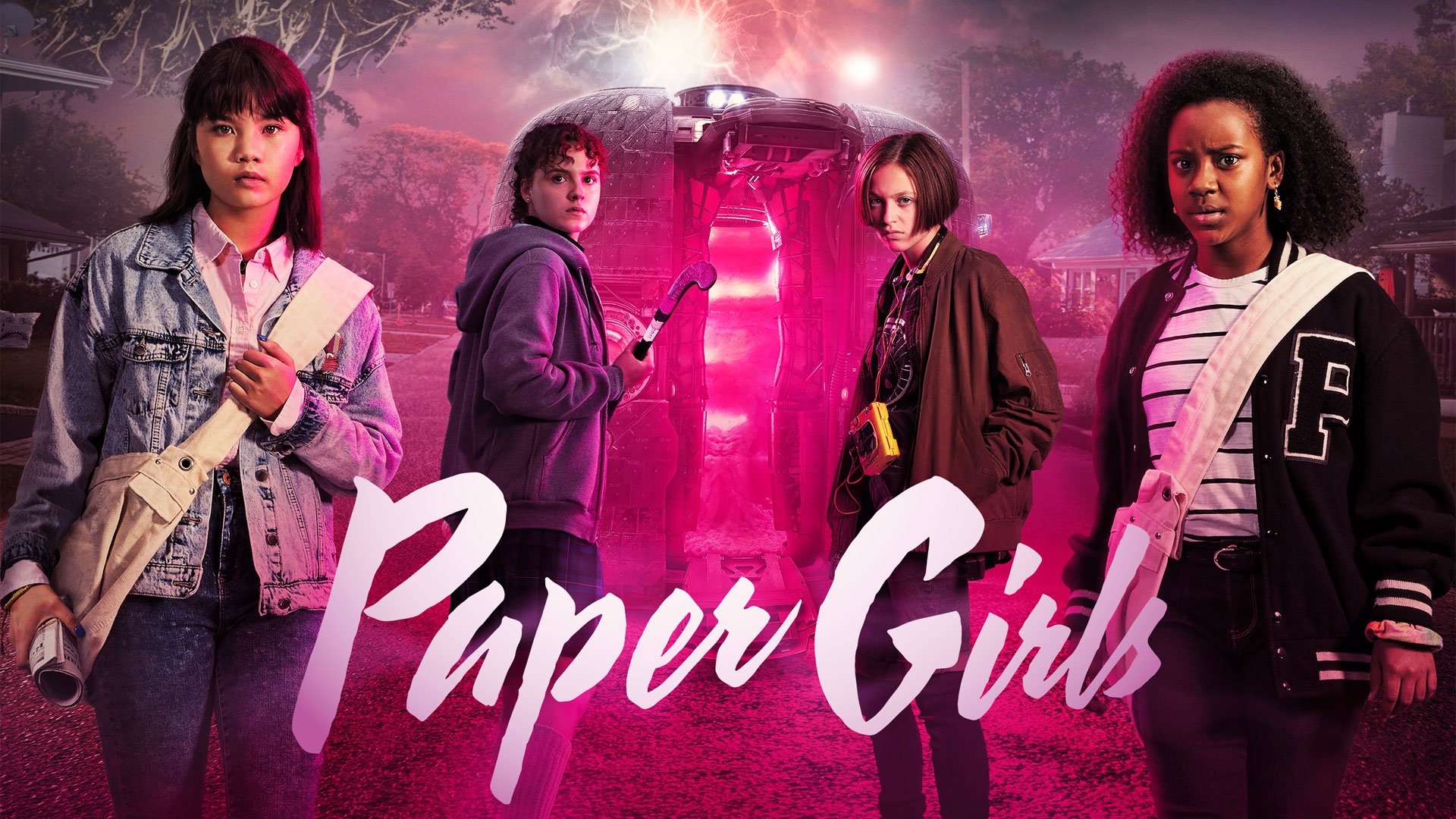 Merry Christmas, CRRRRS'rs! I didn't feel right about not putting out a Christmas show, even if it is only a really short one.

On the show, some paper girls are sucked into a time travel paradox and time war and then struggle to return home.

It is enjoyable, well written, well acted, absorbing, funny, sad; all the things. Comedian, Ali Wong---one of the girl's older counter-parts---is the personification of the adult who never fulfilled her childhood expectations. She plays this role very comedically, but also very affectingly. If I were to be critical, I'd say the FX are a little low-budget.

If you liked Stranger Things---torches (flashlights), the 80s, BMXs, and general weirdness---you'll like this lighter show.

Last night, literally: "Twas the night before Christmas... Not a creature was stirring, not even a mouse." Why can't it be like that when I'm recording a podcast?

It didn't last long, but it was nice while it did.

On Christmas Eve Eve, friend of the show and past guest Saul Garnell (@sgarnell) asked (paraphrased), "are you watching Star Trek: Lower Decks?" He went on to say, "three seasons have passed. I think that it has become the best Trek in years. Thoughts?"

I reviewed the show back in 2020. Though I like it and find it amusing, and fellow Trekkies like it (not to my taste, but some Trekkies also like the Star Trek parody show, The Orville), there's so much geeky fare to consume that I have to be selective in what I watch. This isn't a rule, but, with a few exceptions, like Rick and Morty and Invincible, I tend to favour live-action. I'm even cutting down on that, so that I have more time to indulge other media like literature.

We opened presents last night. I awoke late this morning, helped in the kitchen, ate a traditional Christmas dinner, got weirded out by the King's Speech, and went for a couple of walks around the manor (neighbourhood). All-in-all, a nice, low-key day.

See you all very soon. Have a great Christmas, Boxing Day, and New Year.